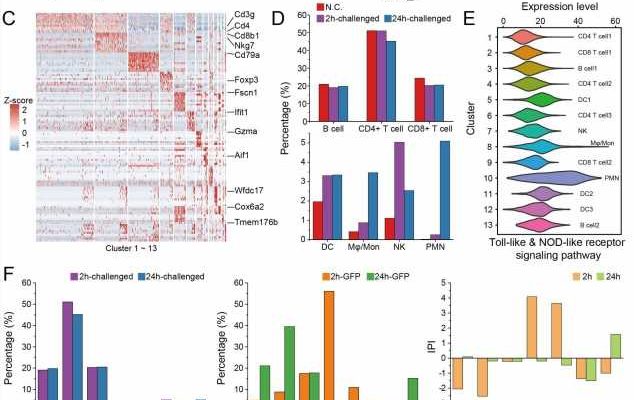 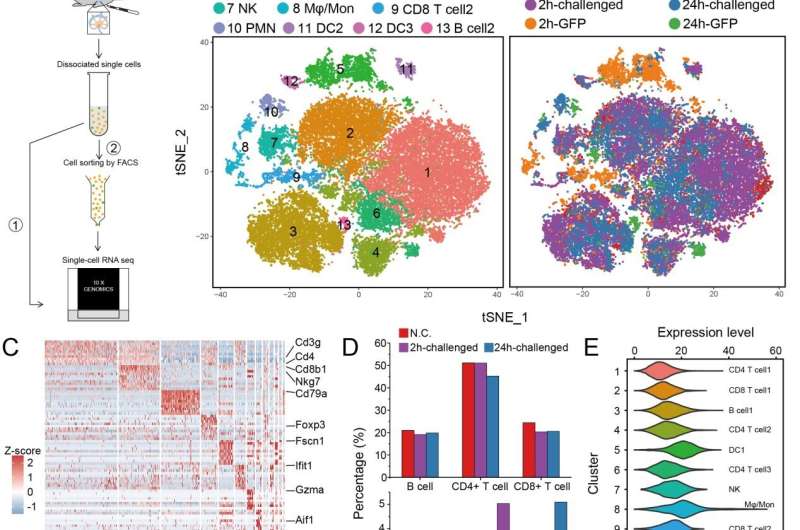 Yersinia pestis (Y. pestis), the causative agent of plague, has caused millions of deaths in three worldwide pandemics in history. Plague is predominantly a flea-borne zoonotic disease. While only sporadic human plague outbreaks occur around the world each year, the threat of plague to humans and society should not be underestimated.

Three subtypes of the disease are commonly encountered in the clinic, namely bubonic, septicemic, and pneumonic plagues. Bubonic plague is the major form and is characterized by enlarged purulent abscesses called “buboes”, which are caused by the massive replication of Y. pestis after its rapid migration into the dLNs post infection. Relevant research on paralysis of the innate immune responses by Y. pestis during the early stages of infection is limited, which has hindered our understanding of Y. pestis pathogenesis.

The researchers challenged mice with fluorescent labeled Y. pestis by subcutaneous injection into the groins of mice to simulate bubonic plague development. On this basis, they took mouse inguinal lymph nodes at the 2nd hour and the 24th hour post infection (hpi) and analyzed the changes in the composition and status of immune cells in the lymph nodes by flow cytometry and single-cell transcriptome sequencing.

Compared with the control group, genes of the inflammation related pathway were significantly up-regulated in the lymph node cells of mice infected with Y. pestis during the early stage of infection. The researchers calculated the infection preference index by the proportion of specific fluorescent labeled cells and found that Y. pestis tend to interact with the resident innate immune cells including dendritic cells, monocytes/macrophages and neutrophils, rather than adaptive immune cells. 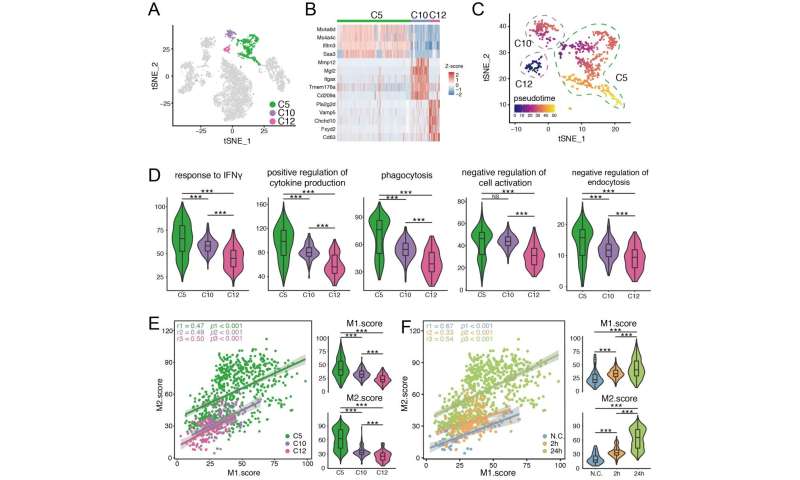 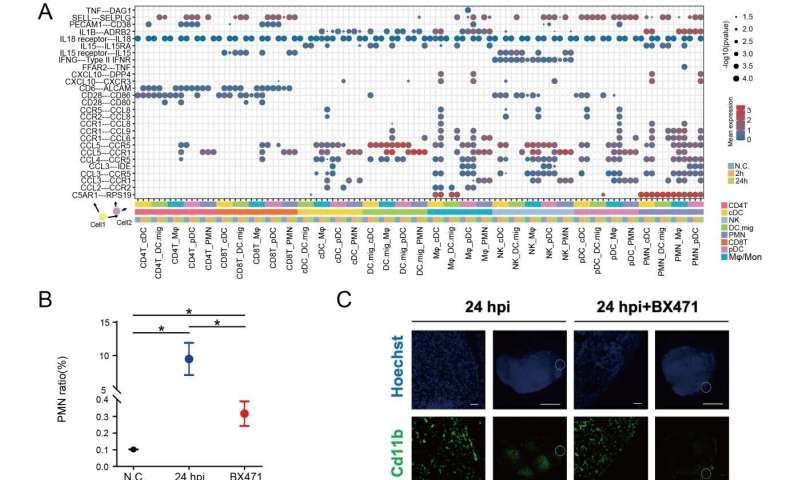 Subsequently, the researchers further sorted the resident innate immune cells and performed the scRNA-seq. It was found that monocytes/macrophages showed M1 and M2 coupling activation in response to Y. pestis infection, which could be the comprehensive results of the activation of immune response mediated by host pattern recognition receptors and the inhibition effects of various virulence factors of Y. pestis.

In addition, the team also used the cell interaction analysis tool based on CellPhoneDB to reveal the ligand receptor interaction of different cell types at different infection time points. It was found that the chemokine receptor CCR1 of neutrophils may be involved in the recruitment of neutrophils to lymph nodes post infection, and the CCR1 function inhibition experiments were performed to verify this conclusion.

Taken together, this study demonstrated the critical cell types involved and critical immune events occurred in the initial interactions between Y. pestis and the host at the single-cell transcription level, which will be valuable for understanding the development of bubonic plague and host immune response to Y. pestis at the early stage.