When Australian musician Sia wrote on Twitter that she had Ehlers-Danlos syndrome, the overall reaction was one of slight commiseration ("sorry you have to go through that") and enthusiasm towards the prospect that a celebrity diagnosis will lead to greater awareness of the condition.

The reporting around Sia's diagnosis made me realise that this enthusiasm is misplaced: the attention surrounding Sia's news led to a spread of misinformation and bizarre myths. There also doesn't seem to be any evidence that having a celebrity share your own diagnosis will make the lives of non-celebrities any easier. 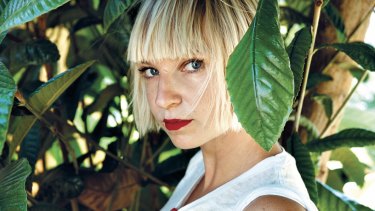 Sia tweeted that she had Ehlers-Danlos syndrome.Credit:R.J. Shaughnessy

Ehlers-Danlos syndrome (or EDS) makes a person's collagen less stiff and structuring than average. The result can be different for different people – there are 13 different types of EDS affecting connective tissues and organs in different ways, with some cases more or less severe.

EDS so seldomly gets media attention that it's more important to get coverage of it right – there aren't many opportunities for corrections and myth-busting. This is why fact-checking and even commas (!) are important.

Outlets were also saying that EDS is "rare", which isn't quite true either. Most commonly, EDS causes hypermobile joints that tend to be painful and may fully or partially dislocate at random. It's about as fun as it sounds. This type of EDS – hypermobile type – is often labelled "rare", but in all likelihood it's just rarely diagnosed. Clinicians don't get much education about EDS and so tend to either misdiagnose people with EDS with similar conditions, or fail to provide any treatment at all.

It's estimated that at least one in five thousand people have EDS – a significant number over the whole population. Yet, it takes, on average, between ten and twenty years of debilitating symptoms before it's diagnosed. After that, it's difficult to find specialists who know anything about it.

Outside of the mainstream media, Sia's announcement has attracted conspiracy theorists who are committed to spreading misinformation. Commentators have linked EDS to antibiotics use, the HPV vaccination and Lyme disease.

I'm still glad Sia spoke out and admire her for doing so, but the sudden superficial, ill-informed messages about EDS were disappointing. The misinformation around her tweet it shows that her diagnosis was not used as an opportunity to raise awareness of people with unrecognisable names and underdiagnosed conditions. Sadly, it was treated as a celebrity news and a chance for Twitter users to spruik their conspiracy theories.

Erin Stewart is a Melbourne writer.