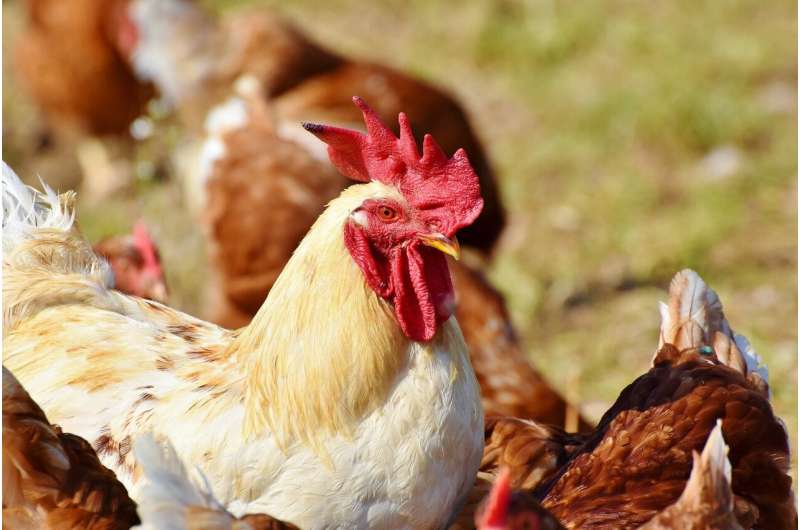 While humans continue to cope with COVID-19, the H5N1 bird flu has created its own pandemic, killing wild birds like geese and bald eagles in Illinois and driving poultry farmers to cull more than 37 million birds across the country. Recently, the Centers for Disease Control and Prevention confirmed the first case of bird flu infecting a human in the United States.

We asked Brett Williams, MD, an infectious disease specialist at RUSH, about the risks to humans and what you can do to reduce the spread to birds in your neighborhood.

How worried should the average person be about getting bird flu?

“Not very worried,” Williams says. “The CDC lists the danger to humans as low. Despite the millions of domestic and wild birds being infected with these H5N1 strains, only one person in the United States, a poultry worker in Colorado, has gotten it.”

But scientists are still watching this avian flu with interest. During the past 20 years, the World Health Organization has recorded 863 cases of human infection with bird flu around the globe. Half of those infected died.

Still, there’s no need to panic. “The current strains of bird flu are not the same strains that caused significant mortality a few years ago,” Williams says.

Just like the human flu viruses, bird flu viruses are prone to mutating through two different phenomena, Williams explains. One is antigenic drift, which is a gradual mutation of one flu strain over time. The other is antigenic shift, which involves a more radical change that occurs when human and animal virus strains combine. “That’s when a virus can develop that no human has ever seen before,” Williams says. “We might have a really bad flu year when some of the genes from a bird flu get into a human flu, which is another reason to keep this virus under control in birds.”

How does bird flu spread to humans, and what symptoms does it cause?

Birds like ducks, geese, chickens, turkeys and swans can potentially spread bird flu to humans, although this is very rare. Sick birds shed the virus through their saliva, mucous and feces, according to the CDC. The virus may be inhaled by humans or get in their eyes, nose or mouth.

The Colorado poultry worker who was recently infected with the bird flu had mild symptoms—mostly fatigue that lasted a few days. Williams says bird flu can also cause symptoms such as fever, chills, cough and sore throat.

Can a person get bird flu from eating poultry?

It’s highly unlikely for people who aren’t handling a live bird to get bird flu, Williams says. Plus, properly cooking the poultry will destroy the virus.

What can I do to protect wild birds in my neighborhood?

Even though many common birds like robins, blue jays, cardinals and crows don’t get infected with this bird flu, the Illinois Department of Natural Resources recommends removing your bird feeders and bird baths through the end of May or until bird flu infections wane.

If you find a dead bird in your outdoor area, Williams suggests leaving it alone. But if you feel the need to remove it, wear gloves and wash your hands afterwards.

Is my pet bird at risk?

No, indoor birds aren’t at risk for the bird flu, Williams says.

If you raise chickens as a hobby in your yard or on your rooftop, the risk is still low, but you may want to alert your local health department if you notice your birds are sick.

Could the next human pandemic be a flu virus?