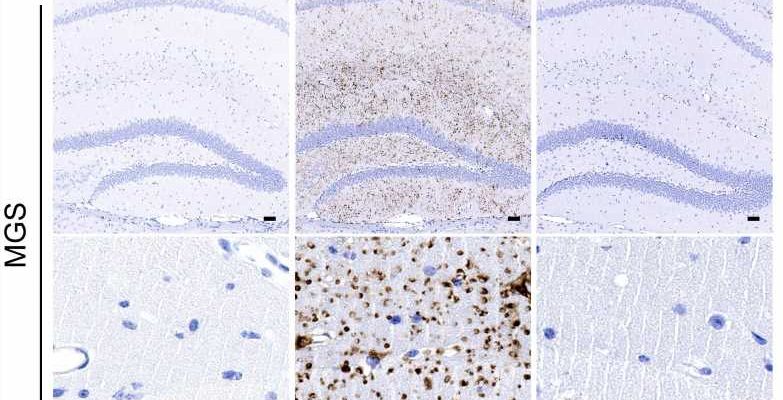 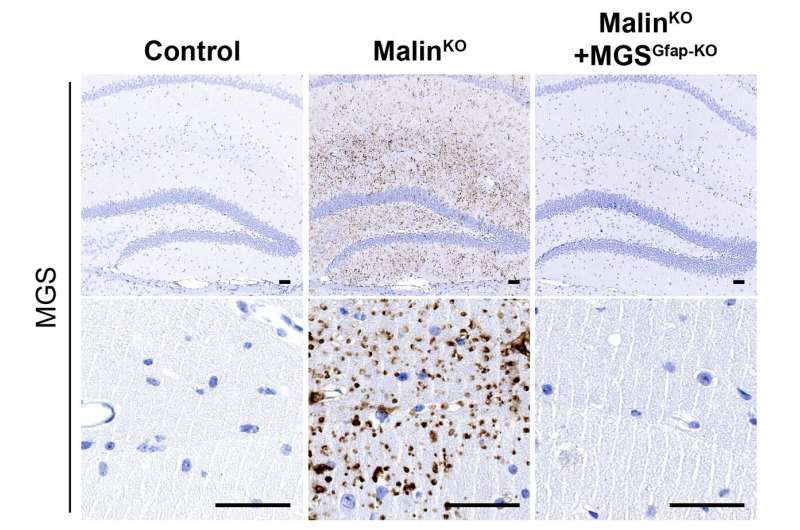 Lafora disease is an inherited neurodegenerative condition that initially develops with seizures in adolescence and evolves with progressive degeneration of the nervous system to death, about ten years after its onset. It is characterized by the accumulation of abnormal glycogen aggregates called Lafora bodies in the brain. There is currently no treatment for this condition, although some therapies are being tested in clinical trials.

Led by Dr. Joan Guinovart, emeritus professor of the University of Barcelona (UB) and also group leader of CIBERDEM, the Metabolic Engineering lab at IRB Barcelona has discovered that Lafora bodies that accumulate in glial cells, which are essential for the proper functioning of the nervous system, are responsible for the neurodegeneration associated with the disease.

For this study, Dr. Guinovart’s group generated a mouse model of Lafora disease, in which they prevented glycogen from accumulating in glial cells. They found that these mice did not develop neurodegeneration.

“For years, it was believed that the disease was caused by the accumulation of Lafora bodies only in neurons, but now we have shown that neurodegeneration is caused by accumulations in glial cells,” says Dr. Jordi Duran, co-director of the study.

“This discovery has important implications for the design of treatments for the disease and we now intend to investigate the mechanism by which glycogen deposits cause this damage. We will also study the possible role of this pathological mechanism in other neurodegenerative diseases,” explains Dr. Duran.