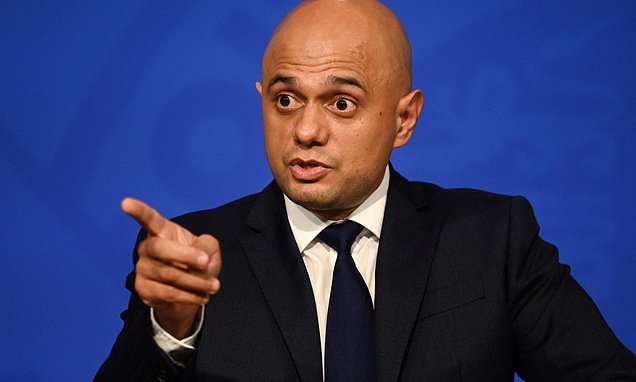 The British Medical Association was yesterday condemned for its ‘tone-deaf’ refusal to comply with orders to see more patients in person.

MPs warned that a ‘handful of extremists’ running the union were trying to ‘bounce rank-and-file doctors into industrial action at a time of national emergency’.

Doctors also criticised the BMA for ‘misreading the public mood’ at a time when millions of patients were struggling to access vital care.

The Daily Mail is campaigning for a return to face-to-face appointments, which now make up just 57 per cent of consultations compared to 80 per cent before the pandemic.

The British Medical Association was yesterday condemned for its ‘tone-deaf’ refusal to comply with orders to see more patients in person. This comes as Health Secretary Sajid Javid (Above) unveiled a nine-point package of measures to improve patient access last week 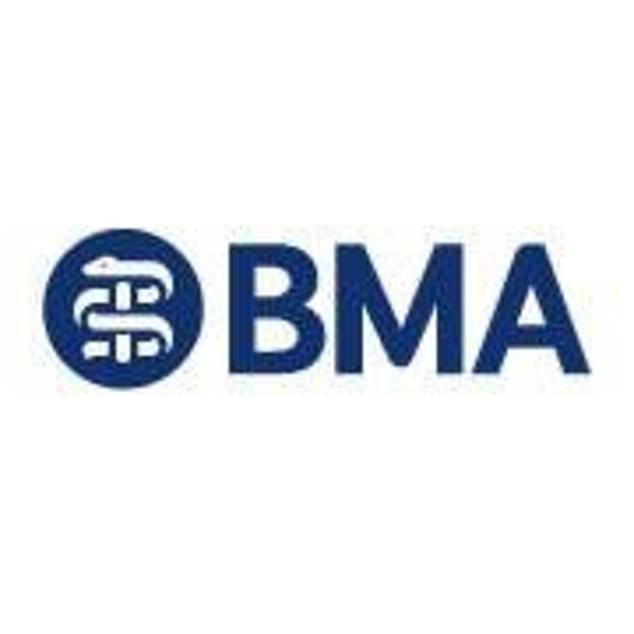 The Daily Mail is campaigning for a return to face-to-face appointments, which now make up just 57 per cent of consultations compared to 80 per cent before the pandemic

But on Thursday the BMA’s GP committee voted unanimously to reject the plan, claiming they ‘had no alternative’ but to ballot members on industrial action aimed at reducing their workload.

The BMA has urged the country’s 6,600 GP practices to refuse to participate in plans to ‘name and shame’ surgeries which don’t see enough patients in person.

Mr Javid is yet to respond publicly to the incendiary move, and ministers will be wary of inflaming the situation as the NHS heads into a winter crisis.

But campaigners called on the Health Secretary to ‘get a grip’ on the situation and say it is vital GPs comply with the plans for more face-to-face appointments for the sake of patients.

Dennis Reed, of campaign group Silver Voices, said: ‘If GPs are going to refuse to comply voluntarily, then face-to-face appointments should be made a legal requirement. Sajid Javid has been silent and needs to get a grip on this issue.’

Public opinion could turn against them

A RETIRED psychiatrist who believes his sister’s broken hip was missed because her GP refused to see her face-to-face last night said public opinion would turn against doctors if they take industrial action.

Dr Stewart Scott, 69, previously backed the Daily Mail’s campaign for patients to be seen in person and warned ‘people would die’ if GPs persisted with telephone and Zoom appointments.

His 78-year-old widowed sister, who does not want to be named, is recovering in hospital from surgery to repair a hip fracture, which Dr Scott said was misdiagnosed as sciatica after her GP insisted on speaking to her over the phone instead of visiting her at home. She spent weeks in agony and her ordeal prompted him to make a complaint to the practice, in Cumbria, his MP and the Care Quality Commission.

Paul Bristow, a Tory MP and member of the Commons health committee, said: ‘Rank-and-file doctors should not be bounced into industrial action at this time of national emergency. The last thing our fight against Covid needs is threats from a handful of extremists.’

Sir Iain Duncan Smith, the former Conservative leader, said: ‘With the threat of increased infections and possible hospitalisations, I’m surprised the BMA think this should be the time for this.’

Dr Laurence Gerlis, a GP from Same Day Doctor, told GB News: ‘The doctors have misread the public mood… and public sympathy for GPs is at an all-time low. A few GPs have used the pandemic to avoid seeing patients, either because they were frightened of catching Covid or because they saw it as a way of doing less work.’

Matthew Lesh, of the Adam Smith Institute think-tank, said: ‘Somehow, GPs find it outrageous that taxpayers, who are paying their salaries, are demanding that they provide face-to-face appointments.’

‘Sajid Javid must now dial down the rhetoric and get round the table with doctors and patient groups to find a way forward.’ As part of the proposed industrial action, the BMA will ballot members on whether GPs should refuse to sign vaccine exemption certificates, potentially ruining hundreds of family holidays.

The certificates provide official proof that patients cannot get vaccinated for medical reasons. People who are medically unfit to be vaccinated need them as an alternative to the NHS Covid Pass in order to travel overseas.

The BMA claims family doctors are too busy to review applications for the certificates.

My four-hour operation after family doctor refused to see me

GRANDMOTHER Sue Dennigan was taken to hospital and underwent a four-hour operation for a twisted bowel after her GP refused to see her in person.

Yesterday, the 71-year-old widow, who works as a receptionist, said it was ‘shocking’ doctors were proposing industrial action rather than returning to seeing their patients in person.

‘All this will do is punish patients,’ she said.

Mrs Dennigan, from High Wycombe, Buckinghamshire, first called for an appointment with her GP at the start of July after falling ill with abdominal pains. But her surgery wasn’t holding face-to-face appointments. In a phone consultation, a paramedic misdiagnosed a water infection and constipation.

She made two further calls to her GP over the next few days, but was refused a face-to-face appointment, although her GP did order a scan. She also went to A&E, but doctors said she was constipated and sent her home.

Mrs Dennigan then collapsed on her bathroom floor, and her daughter took her to hospital where a scan showed a life-threatening twisted bowel.

The next day – five days after first having stomach pains – she had a four-hour emergency operation to remove her right colon.

‘I was incredibly lucky, but others have died because they weren’t able to see their GP in the pandemic,’ she added. 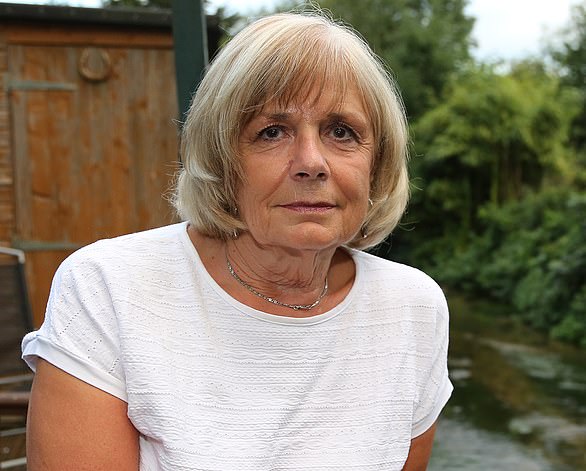