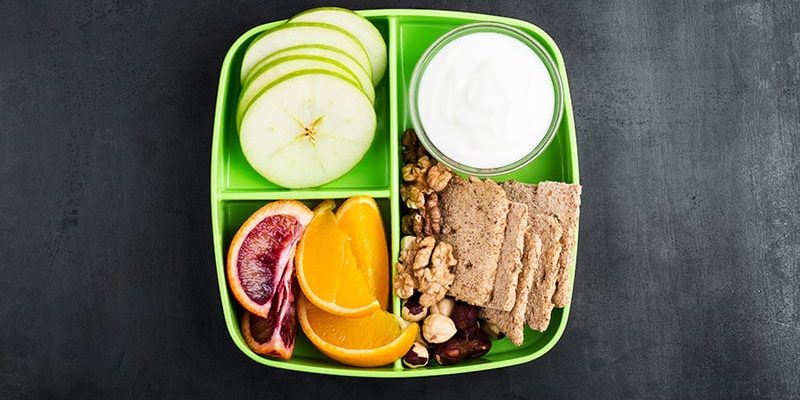 Good nutrition has long been linked to better behavior and academic performance in schoolchildren, as longstanding breakfast and lunch programs in U.S. schools attest. Now British researchers report that nutrition, a modifiable risk factor that can adversely impact mental health, should be part of public health strategies to boost children’s psychological wellness.

In a cross-sectional study published online Sept. 27 in BMJ Nutrition, Prevention & Health, a team from the University of East Anglia in Norwich, England, found a nutritious breakfast and lunch were linked to emotional well-being in schoolchildren of both primary and secondary school age. They also found that some school kids ate neither breakfast nor lunch.

In particular, eating more fruits and vegetables was significantly associated with better mental health in secondary schoolchildren, while a nutritious breakfast and lunch were linked to emotional well-being in students across the age spectrum, according to senior lecturer Richard P. Hayhoe, PhD, of East Anglia University and Anglia Ruskin University in Norwich and colleagues.

They found that primary school pupils who ate only a snack for breakfast had mental well-being scores 5.50 units lower than those eating a substantial breakfast, while having no lunch was tied to scores more than 6 units lower.

“The importance of good-quality nutrition for childhood growth and development is well established,” the authors wrote. “As a potentially modifiable factor, both at an individual and societal level, nutrition may therefore represent an important public health target for strategies to address childhood mental well-being.”

Their current analysis examined data on 7,570 secondary and 1,253 primary school children from 50 schools participating in the Norfolk Children and Young People Health and Well-being Survey 2017.

“The 2017 survey provided a means for Norfolk children and young people to share their feelings on topics such as healthy lifestyles and nutrition, relationships, school experiences, bullying, and their mental well-being,” Hayhoe said in an interview. “Initial analysis of the data suggested an association between nutrition and well-being and so we decided to investigate this further.”

Hayhoe added that, as in the United States, youngsters in England get a high proportion of their daily calories from ultraprocessed convenience foods of lesser nutritional value.

“But what we didn’t know was whether the dietary habits of children in our survey had any association with their mental well-being,” he said. “Our current findings suggest that increasing fruit and vegetable consumption and ensuring all schoolchildren eat a nutritional breakfast and lunch may be of benefit to their mental well-being.”

His group cautions, however, that this is an observational study that cannot establish direct causation.

“This study provides the first insights into how fruit and vegetable intake affects children’s mental health, and contributes to the emerging evidence around ‘food and mood,’ ” said Sumantra Ray, MD, executive director of the NNEdPro Global Centre for Nutrition and Health in Cambridge, England.

“The findings are timely, not only because of the impact the pandemic has had on mental well-being, food security, and diet quality, especially in school children, but also in light of the recently published National Food Strategy for England, which highlighted gaps in school meal provision,” added Ray, who was not involved in the study.

In total, 10,853 schoolchildren completed the survey: 9% of Norfolk primary school children aged 9-11 and 22% of secondary school students, with approximately 6% of these in the 17- and 18-year-old age bracket. Comprehensive dietary questions explored fruit and vegetable intake, as well as type of breakfast and lunch eaten, alcohol intake, eligibility for free school meals, and satisfaction with weight.

The survey also gathered information on parameters ranging from having one’s own bedroom and bed and exposure to violence or discord in the home.

“Some of these were found to be associated with lower mental well-being scores, but we did not specifically investigate the interaction between these factors and the nutritional factors,” Hayhoe said. However, the difference in mental well-being between children who ate the most fruit and vegetables and those who ate the least was on a similar scale to those reporting daily, or almost daily, arguing or violence at home, he said.

Average mental health was assessed using validated age-appropriate measures. The mean mental health score of participants was 46.6 out of 70 for secondary school students and 46 out of 60 for primary school pupils.

Among the survey findings were:

“As a potentially modifiable factor, both at an individual and societal level, nutrition may therefore represent an important public health target for strategies to address childhood mental well-being,” the authors wrote, calling for further investigation of the association between nutrition and mental well-being.

This study was commissioned by Norfolk County Council Public Health and the Norfolk Safeguarding Children Board. The University of East Anglia and Social Care Partners provided funding to support Hayhoe’s work on this project.

Some coauthors are employed by the Norfolk County Council that commissioned the survey.