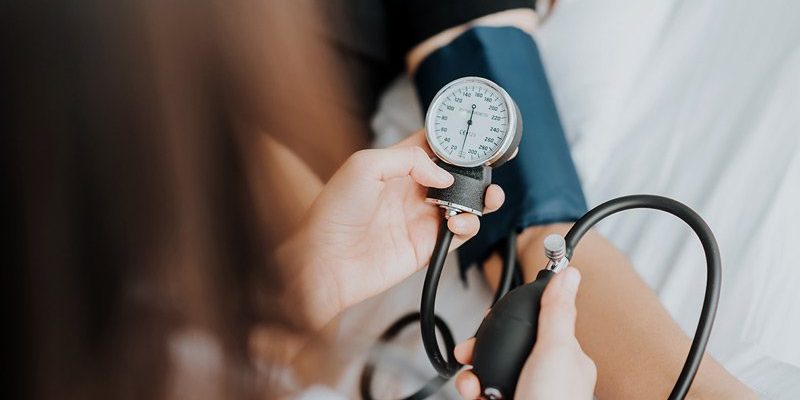 Intensive lowering of blood pressure (BP) in older patients with hypertension does not appear to reduce the risk for the occurrence of brain biomarkers that have been linked to mild cognitive impairment (MCI) or Alzheimer’s disease (AD) and may even increase the risk, a new imaging study suggests.

“We investigated imaging biomarkers of AD and vascular disease in the brain using MRI. In brief, while various individual measures appeared more favorable in one group or another, we did not see a consistent effect or any group difference that is likely to be significant in the 4-year time frame,” study investigator Ilya Nasrallah, MD, PhD, assistant professor of radiology at the Hospital of the University of Pennsylvania, Philadelphia, Pennsylvania, told Medscape Medical News.

The study was published online March 8 in JAMA Neurology.

White matter lesions are a biomarker for cerebrovascular injury. Other studies have had similar findings, but “other mechanistic markers of cognitive impairment and dementia have yet to be explored,” the authors note.

Although previous research had found that treating hypertension may reduce the incidence of AD, it is “unclear whether this could be a direct effect on AD-related neurodegeneration or comorbid vascular pathology,” the investigators write. The neurodegeneration of AD results in brain atrophy in particular brain regions, they note.

“Biomarkers measuring these changes may be more sensitive to early AD-related change than downstream cognitive or clinical variables, such as incident dementia,” they write.

The most widely studied MRI biomarker for AD-related brain change is hippocampal atrophy, a “hallmark of typical mild cognitive impairment and AD,” although regions other than the hippocampus may be implicated as well, the authors note.

In addition to hippocampal atrophy, new research has identified “patterns of AD-like atrophy that often have reported higher sensitivity and specificity than hippocampal atrophy,” the authors note. The Spatial Pattern of Abnormality for Recognition of Early Alzheimer’s Disease (SPARE-AD) assigns a single global score that is based on overall similarity of the brain to an AD pattern in comparison with the normal brain and includes other regions as well.

Moreover, “prior to SPRINT, there was consensus that treating hypertension was beneficial; however, there was no consensus on whether intensive therapy would add further benefit or might itself cause harm,” Nasrallah added.

Participants in the intensive treatment group experienced larger declines in mean hippocampal volume during the follow-up period, compared with those in the standard treatment group.

Changes in most AD-related biomarkers were greater in older adults in comparison with patients aged <75 years — in particular, hippocampal volumes were smaller and SPARE-AD scores were higher.

Nasrallah noted that finding a clinically significant, consistent effect or group difference is “unlikely” in the 4-year time frame of the SPRINT-MIND study.

“Unfortunately, it’s hard to make a study long enough to match the time scale of AD and vascular disease, which progress over decades, but, in short, we don’t see that differential effects on either pathology point to a clear benefit for brain health or for any clear adverse risk for the intensive therapy,” he said.

However, the trial did show benefit in reducing rates of fatal and nonfatal major cardiovascular events and death from any cause, and it was stopped early.

“SPRINT showed a clear reduction in cardiovascular morbidity in the intensive group, which is the reason the trial was stopped early. So it may be that intensive therapy reduces the incidence of MCI/dementia by removing systemic disease barriers that otherwise might interfere with patient functional abilities,” Nasrallah suggested.

Landau, who is the coauthor of an accompanying editorial and was not involved with the study, said, “Reducing cardiovascular events appears to be the key benefit of intensive hypertension control.”

The SPRINT-MIND study “does not point to a further additional benefit of intensive hypertension control in maintaining cognitive function or in reducing the risk of Alzheimer’s disease,” said Landau.