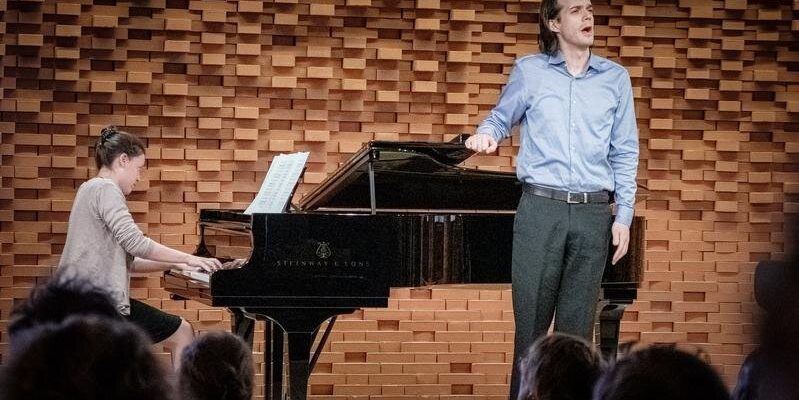 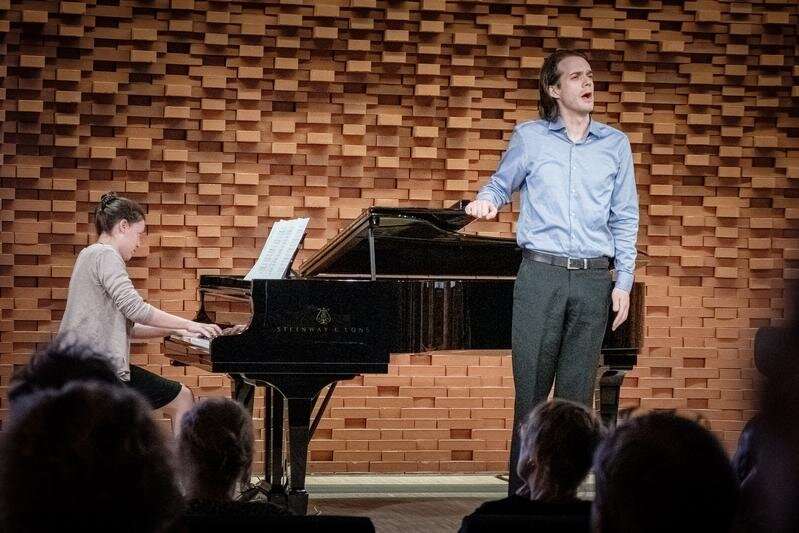 Music and language share numerous common parameters that have already been intensively investigated. Melody, however, has so far been largely neglected. A research team from the Max Planck Institute for Empirical Aesthetics (MPIEA) in Frankfurt am Main, Germany, has devoted itself to studying this convergence in a series of three cumulative studies. The most recent of these has now been published as an open-access article in the journal NeuroImage. The two previous studies already appeared in the journals PLoS One and Psychology of Aesthetics, Creativity, and the Arts.

Every poem has its own speech melody, which we also perceive as melodic. This melody can be accounted for by means of statistical measures, such as the autocorrelation measure, which is based on rhyme, meter, and stanza structure. In their first study, the researchers used this autocorrelation measure to analyze recitations by different speakers of 40 relatively unknown German poems.

They discovered that individual poems or stanzas exhibit distinct text-driven pitch and duration contours, exactly like sung songs and other musical works. They also stated that poems with higher autocorrelation measures were more likely to have been set to music by professional composers than were those with lower autocorrelation measures. The more pronounced its speech melody, the more likely it is that a poem will be set to music.

The researchers then asked 320 study participants to listen to the recorded recited poems and rate them in terms of melody. The poems were rated as being more melodic the more repetitions of similar pitches there were in the voice reciting them. Poems exhibiting high repetition measures were thus perceived subjectively as being more melodic.

For their second study, the researchers concentrated on directly comparing the melodic properties of songs and poems. To this end, they invited 42 study participants to a concert performance in the MPIEA’s ArtLab—a multifunctional event space that is both a real concert hall and, equipped as it is with the appropriate technology, a scientific laboratory.

The event consisted of a recital of 11 of the 40 poems used in the first study as well as a performance of their arrangements for male voice and piano accompaniment. The audience then rated the poems and songs according to a variety of aesthetic and emotional criteria.

With their statistical analysis of the pieces performed, the researchers were able to show that the rating of melody in both the poems and their musical arrangements was equally dependent on the statistical autocorrelation measure: The higher its autocorrelation measure, the more melodic a given piece was perceived as being. Perceived melodiousness thus emerged as an important factor in the aesthetic assessment of both the poems and songs: The more melodic a piece was judged to be, the more positively it was rated.

Mathias Scharinger, first author of the study, elaborates: “Our concert study is the first to show that acoustic properties predict the aesthetic evaluation of both poems and songs equally. Melody thus proves to be a crucial link between speech and music, in terms not only of objective phonetic properties, but of subjective aesthetic perception as well.”

The third study focused on the neurobiological basis of processing melody in poems and in their musical arrangements. Here, the researchers availed themselves of functional magnetic resonance imaging (fMRI), which can be used to locate precisely where in the brain a particular activity takes place.

Forty-one study participants each entered the MRI scanner, where they listened by means of MR-compatible headphones to a total of 44 items. These comprised the 11 poems and their 11 arrangements for voice from the second study, as well as 11 modified versions of the original poems (from which rhyme and meter had been removed), and 11 control sequences consisting of sine tones. As they listened, the participants gave ratings to the individual pieces.

On the basis of earlier studies, the researchers expected that poems would tend to be processed in the left hemisphere while songs would generally be processed in the right. While the MRI scans confirmed this, they also showed that there was a region in the right temporal lobe that processed the melodic features of both the poems and their musical arrangements.

Scharinger, who was first author of this study as well, explains what happened: “Not only do poems and their musical settings share structural and melodic properties, their processing is supported by partially overlapping neural regions. This suggests that verbal and musical melodies are quite similar with regard to how they are perceived, and that melody functions as a ‘mediator’ between the two domains.”

Overall, the three studies support the thesis that speech melody has both a psychological as well as a neurobiological reality and is actively involved when poems are set to music.