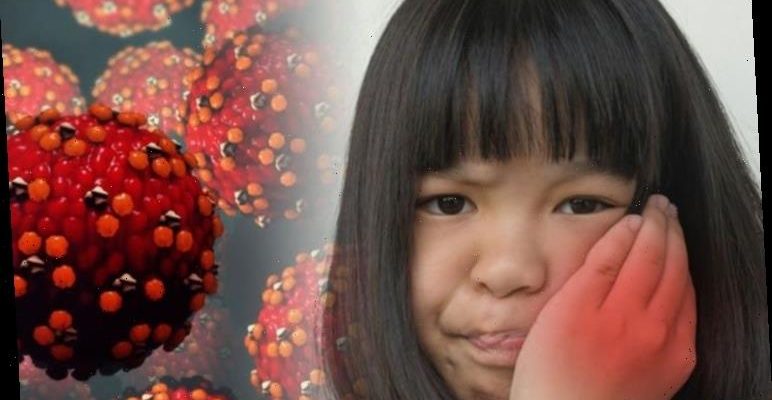 Mumps, a contagious viral infection, is circulating among young people across the UK. Most cases occur in young adults (usually born between 1980 and 1990) who did not receive the MMR vaccine as part of their childhood vaccination schedule, or did not have mumps as a child.

According to Public Health England (PHE) there have been 18 confirmed cases across Surrey and Sussex since Christmas, there were 95 reports of mumps in the North East the week ending January 12, and 74 in the week ending January 5, and Nottinghamshire has seen the highest number recorded for suspected cases since comparable records began in 2011.

Mumps figures have rocketed in Wales, with five times more suspected cases in the last 12 months, cases of mumps in Merseyside are almost double what they were in 2018, and there have been 19 new cases across Devon in the last week.

PHE is now advising anyone who suspect they or a family member has mumps to seek medical advice and stay away from work and school for five days.

A spokesman for Public Health England said:”Anyone who is unsure that they have had two MMR vaccinations should contact their GP surgery to check their immunisation status. 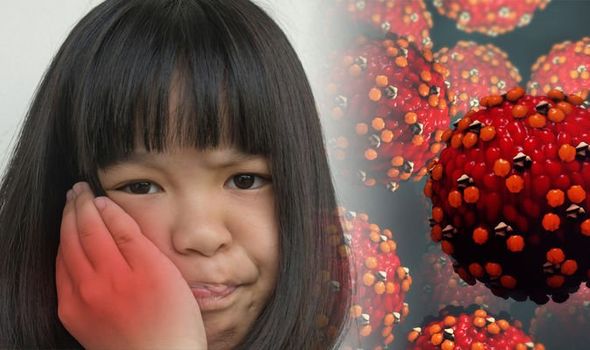 “Parents are also encouraged to check that their child has had two doses of the vaccination against measles, mumps and rubella, and if not to make arrangements for the vaccination with their GP surgery.”

The MMR vaccine is now part of the routine NHS childhood immunisation schedule, and your child should be given one dose when they’re around 12 to 13 months, then a second booster dose at three years and four months.

One both doses have been administered, the vaccine provides 95 percent protection against mumps.

The vaccine also protects against measles and rubella.

The NHS says mumps is most recognisable by the painful swellings in the side of the face under the ears (the parotid glands), giving a person with mumps a distinctive “hamster face” appearance.

The health body adds: “Other symptoms of mumps include headaches, joint pain and a high temperature, which may develop a few days before the swelling of the parotid glands.”

Signs to watch out for 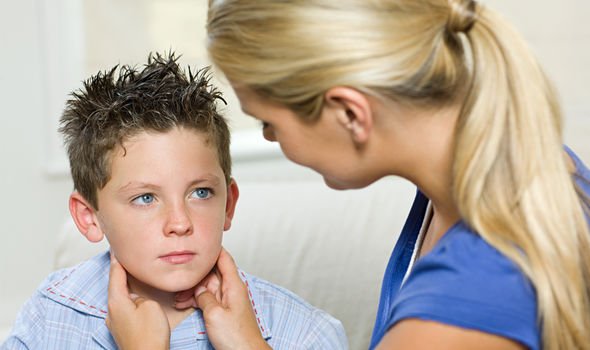 The NHS says it’s important to contact your doctor if you suspect mumps so a diagnosis can be made.

While mumps isn’t usually series, the condition has similar symptoms to more serious types of infections, such as glandular fever and tonsillitis.

The health body says: “Your GP can usually make a diagnosis after seeing and feeling the swelling, looking at the position of the tonsils in the mouth and checking the person’s temperature to see if it’s higher than normal.

“Let your GP know in advance if you’re coming to the surgery so they can take any necessary precautions to prevent the spread of infection.

“If your GP suspects mumps, they should notify your local health protection team (HPT). The HPT will arrange for a sample of saliva to be tested to confirm or rule out the diagnosis.” 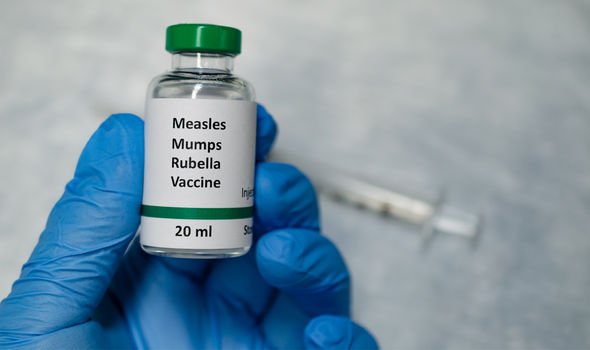 How to treat mumps and stop it’s spread

There’s currently no cure for mumps, but the infection should pass within one or two weeks.

To relieve symptoms you should get plenty of bed rest and drink plenty of fluids, use ibuprofen and paracetamol, but aspirin should not be given to children under the age of 16, and warm or cool compresses can help relieve pain on the swollen glands.

Regularly washing your hands with soap, using and disposing of tissues when you sneeze, and avoiding school or work for at east five days can help prevent mumps spreading if you have it.

Mumps is spread in the same way as colds and flu.