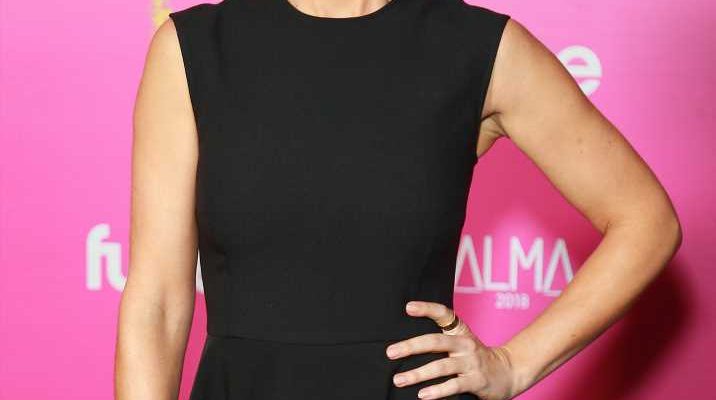 Minka Kelly is sharing the story of her abortion, calling it the “smartest decision” she made, after Alabama legislators signed into law a bill that effectively bans all abortions in the state.

She joins the growing list of celebrities — from Milla Jovovich to Busy Philipps — who are speaking out about why access to legal abortions is crucial for women.

Kelly, 38, said her abortion saved herself and her boyfriend at the time — and the unborn fetus — from a life of struggle.

“When I was younger I had an abortion,” she wrote on Instagram Thursday morning, along with a photo of the 25 men in Alabama’s Congress who made up the vast majority of votes in favor of the bill. “It was the smartest decision I could’ve made, not only for myself and my boyfriend at the time, but also for this unborn fetus.”

She continued: “For a baby to’ve been born to two people — too young and completely ill equipped — with no means or help from family, would have resulted in a child born into an unnecessary world of struggle. Having a baby at that time would have only perpetuated the cycle of poverty, chaos and dysfunction I was born into.”

The Friday Night Lights star said the legislation, which Alabama governor Kay Ivey signed into law on Wednesday night after the state’s Congress voted overwhelmingly in favor of the bill, ignores what happens to the women carrying these children.

“For those of you insisting abortion is murder, and to Rep. Terri Collins who said ‘an unborn baby is a person who deserves love and attention’ — forget bringing up the mother might be in need of some ‘love and attention,’ ” Kelly wrote. “What do you think happens to these kids who end up bouncing around in foster care, live on government assistance because the mother has no help, can’t afford childcare while she works a minimum wage job and is trapped in a cycle of trying to survive on the meager government assistance so many of you same pro-lifers are determined to also take away.”

Kelly also said that people who favor abortion bans do nothing to support the mothers and children after they are born.

“If you insist on forcing women to carry to term, why do you refuse to talk about comprehensive sex-ed, the maternal mortality rate, free daycare, paid maternity leave?” she said. “Our lives, traumas and family planning is for no one to decide but us. Certainly not a group of old white men.”

“Speaking of men… With all this punishment for women I wonder where all the punishment is for the men in this scenario,” she added. “By looking at the photo of all the men who are making this mess, I find it hard to believe that if it were the autonomy of a man’s body, health and life in question, I can’t help but be certain we wouldn’t be having this conversation in the first place.”

Kelly ended her story by saying, “Lest we forget, outlawing abortion has never stopped women from attempting it,” pointing out that even where abortion is banned, women seek it out at nearly the same rate as they do in places where it is legal (37 per 1,000 people in the former, and 34 per 1,000 people in the latter), but in far more unsafe conditions that put women at risk, according to the Guttmacher Institute, a reproductive health non-profit.

Alabama’s bill is a violation of the 14th amendment, which the Supreme Court determined in the landmark Roe v. Wade case. The legislation is intended to turn into a court battle and eventually head back to the Supreme Court, where anti-abortion lawmakers hope the newly conservative bench will reverse the Roe v. Wade decision.