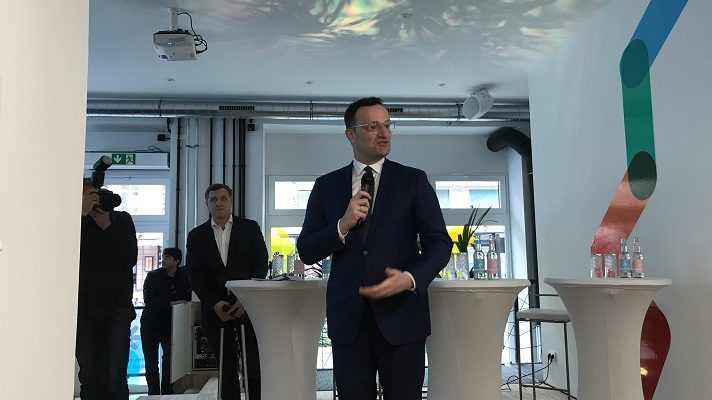 In yet another step to drive the digital transformation of Germany’s healthcare system, the country’s minister of health, Jens Spahn, has now officially launched the Health Innovation Hub (HIH) in Berlin.

The HIH will be “a bridge from the Ministry of Health into the digital scene”, Spahn said. “It’s an idea factory for digital health solutions, that aims at using digitisation to improve care for patients.”

It will be headed by Professor Jörg Debatin, who was previously the medical director and chief executive of the University Hospital Hamburg-Eppendorf, the first organisation to achieve Stage 7 of the HIMSS Electronic Medical Record Adoption Model (EMRAM), the top rating of HIMSS Analytics for paperless, digital workflows.

Yesterday, at the opening of the hub in Berlin, Spahn said a team of 12 experts would help the Ministry “recognise and evaluate groundbreaking technologies faster”.

Regulation of Germany’s health system is largely delegated to self-governing associations of health insurance companies, doctors and pharmacists. This principle has also been applied to setting up the country’s health telematics infrastructure.

But conflicts of interest among stakeholders are partly responsible for the long delays in getting the infrastructure up and running, which, after 15 years of development, is still not operational.

However, the Ministry of Health has now announced the takeover of the majority votes in Gematik – the project company that develops the health telematics infrastructure.

“The self-governing bodies have tried for 15 years to do it (the telematics infrastructure), now let’s give the Minister a chance to try is as well”, Spahn said this week at DMEA, the largest health IT conference in Germany.

These initiatives are expected to give digitisation of German healthcare a significant boost.

Spahn, since coming into the office in March 2018, has emerged as an outspoken supporter for the transformation of healthcare through digital technology.

This has also become a strategic target for health politics, where it is seen as a driver to improve care in rural areas and address the significant shortage of nursing staff. New legislation, meanwhile, has also been introduced to support and reimburse video consultations.

The government has further pledged to expand the use of the country’s health telematics infrastructure and introduce nation-wide EHRs by the end of 2021.

A new drive for digital health

Germany is the world’s second largest healthcare market after the United States, spending around €374bn annually.

And yet, it has one of the lowest digitisation levels among developed countries. In a recent study by the Münch Foundation, Germany ranked 13th among 20 European countries when looking at the introduction of EHRs – in 2016, it ranked 11th.

Healthcare IT News owner HIMSS has recently entered an alliance with Handelsblatt, Germany’s leading business and finance newspaper, to run the HEALTH – The Digital Leaders conference in November in Berlin this year.

“Germany’s new government has committed to drive the digitisation of the health sector and to establish a legal and economic framework to boost the digital health industry. This conference will bring together the people who can make this happen,” said Henning Schneider, vice-chair of the HIMSS Board of Directors.