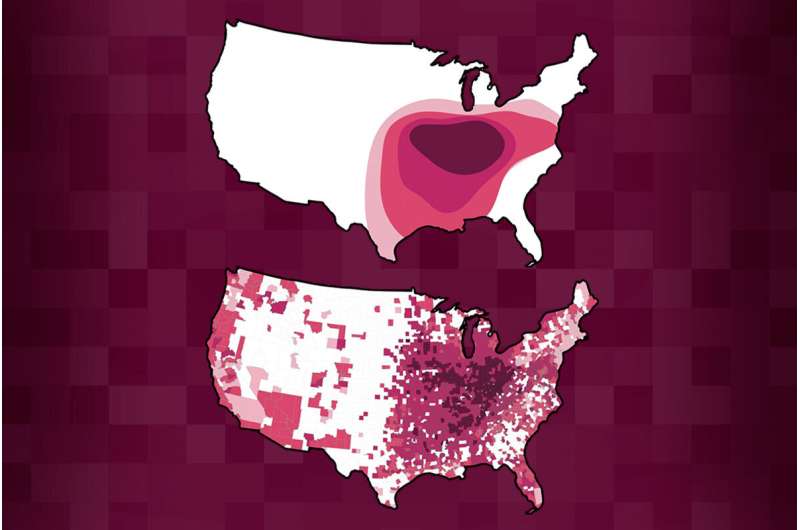 Fungi in the soil cause a significant number of serious lung infections in 48 out of 50 states and the District of Columbia, including many areas long thought to be free of deadly environmental fungi, according to a study by researchers at Washington University School of Medicine in St. Louis.

Studies from the 1950s and 60s indicated that fungal lung infections were a problem only in certain parts of the country. The new study, published in Clinical Infectious Diseases, shows that is no longer the case. Doctors who rely on outdated maps of disease-causing fungi may miss the signs of a fungal lung infection, resulting in delayed or incorrect diagnoses, the researchers said.

“Every few weeks I get a call from a doctor in the Boston area—a different doctor every time—about a case they can’t solve,” said senior author Andrej Spec, MD, an associate professor of medicine and a specialist in fungal infections. “They always start by saying, ‘We don’t have histo here, but it really kind of looks like histo.’ I say, ‘You guys call me all the time about this. You do have histo.'”

Histoplasma, or histo, is one of the three main species of soil fungi that cause lung infections in the U.S. Historically, Histoplasma was found in the Midwest and parts of the East, Coccidioides in the Southwest, and Blastomyces in the Midwest and the South. But a growing number of case reports and anecdotes suggest that all three have expanded out of their traditional ranges in recent decades, most likely due to climate change.

People develop fungal lung infections after breathing in spores from fungi in the soil. The spores become airborne when the ground is disturbed by farming, landscaping, construction or even just by people walking around in fungi-rich environments such as caves. Most healthy adults and children can fight off a fungal infection handily, but infants, older adults and people with compromised immune systems may develop fever, cough, fatigue and other symptoms. Fungal lung infections easily can be mistaken for bacterial or viral lung infections such as COVID-19, bacterial pneumonia and tuberculosis. 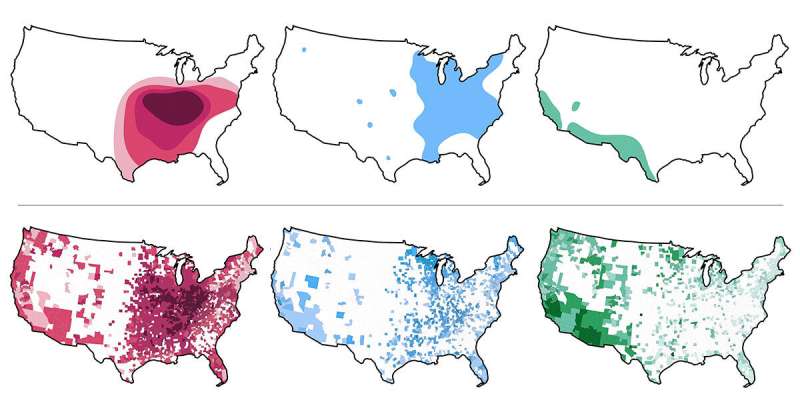 “People with fungal lung infection often spend weeks trying to get the right diagnosis and appropriate treatment, and the whole time they’re feeling terrible,” said lead author Patrick B. Mazi, MD, a clinical fellow in infectious diseases. “They usually have multiple health-care visits with multiple opportunities for testing and diagnosis, but the doctor just doesn’t consider a fungal infection until they’ve exhausted all other possibilities.”

Spec, Mazi and colleagues set out to determine where soil fungi are sickening people today. The Centers for Disease Control and Prevention (CDC) last revised its maps of disease-causing fungi in 1969.

The researchers calculated the number of fungal lung infections nationwide from 2007 to 2016 using Medicare fee-for-service claims from all 50 states and the District of Columbia. Using the patients’ home addresses to identify counties of residence, they calculated the number of cases per 100,000 person-years for each county. (Person-years are a way to correct for the fact that counties can have wildly different population sizes; one person on Medicare for one year is one person-year).

Counties with more than 100 cases caused by Histoplasma or Coccidioides, or 50 cases caused by Blastomyces, per 100,000 person-years were defined as having a meaningful number of fungal lung infections.

“Fungal infections are much more common than people realize, and they’re spreading,” Spec said. “The scientific community has underinvested in studying and developing treatments for fungal infections. I think that’s beginning to change, but slowly. It’s important for the medical community to realize these fungi are essentially everywhere these days and that we need to take them seriously and include them in considering diagnoses.”