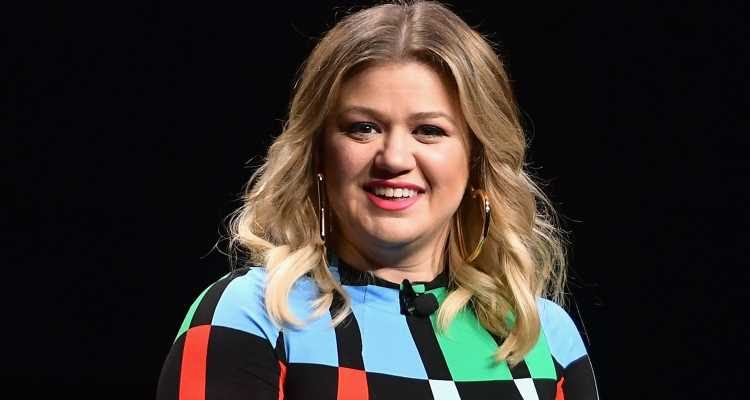 Kelly Clarkson is one tough woman. The mother of two, 37, revealed to People that she ended up in the E.R. after a cyst burst on her ovary while filming The Voice earlier this year.

The kicker: This all went down just a week after she suffered a burst appendix while hosting the Billboard Awards.

“Blake [Shelton] was talking to me and all of the sudden, everything he said just went away and I had to grab his arm and I was like, ‘Something is wrong.’”

She didn’t know what it was at the time, but later found out it was a cyst bursting on her ovary.

“That was more painful than the appendicitis,” she said. “It was literally a week after my surgery so I was freaking out!”

Naturally, Kelly kept her signature sense of humour throughout the whole ordeal. “I was hysterically laughing and crying at one point in the E.R. like ‘What is happening?’” she said. Thankfully, “I’m great now. I’m totally great now.”

Ovarian cysts are little fluid-filled bubbles that can appear in or on your ovaries, and become an issue when they either get too big or when they rupture. “They can leak or burst or twist, and that can cause a lot of pain,” Alyssa Dweck, MD, assistant clinical professor at the Mount Sinai School of Medicine, previously told Women’s Health.

So happy and excited @officialchevelshepherd made it to @nbcthevoice finale!! Yaasss!!!

So happy and excited @officialchevelshepherd made it to @nbcthevoice finale!! Yaasss!!!

While most ovarian cysts go away on their own, some require surgery.

They’re definitely not uncommon, though: According to the Office on Women’s Health (OWH), most women make at least one cyst each month, due to their regular periods. However, only about 8 per cent of premenopausal women develop large cysts that require treatment.

Here’s hoping Kelly is feeling strong ahead of the debut of her upcoming talkshow!

This article originally appeared on Women’s Health US.