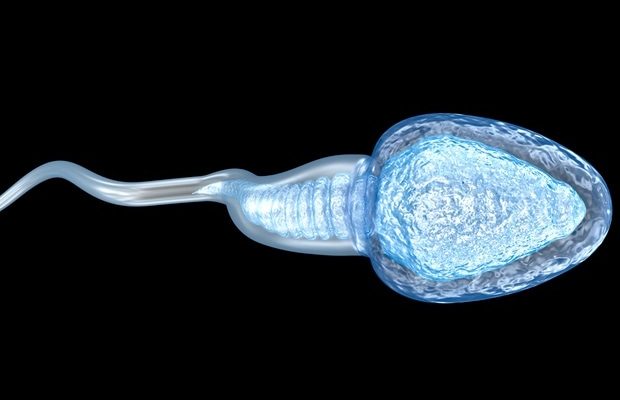 The risk of invasive breast cancer in men may be associated with self-reported infertility in the male partner finds a study published in the open-access journal Breast Cancer Research. The authors interviewed 1,998 males in England and Wales diagnosed with breast cancer, with 112 (5.6%) also self-reporting infertility and 383 (19.2%) having no children.

Breast cancer in males is less common than in females and its relation to infertility has only been investigated in small studies to date. Only one small study has suggested a possible association between men fathering children and breast cancer.

Authors from The Institute of Cancer Research (London, UK) investigated the potential relationship between self-reported infertility or having had no children and the risk of breast cancer in men. Michael Jones and colleagues interviewed 1,998 males (under 80 years old) who were diagnosed with breast cancer between 2005 and 2017 and were living in England and Wales. They were compared with 1,597 males as a control group, who were not blood relatives. 80 males reported infertility (5.0%) in the control group.

The risk of invasive breast cancer tumors (cancerous cells that spread beyond where they first formed) was significantly associated with male infertility based on 47 individuals with breast cancer (2.6%) compared to 22 controls without cancer but with self-reported infertility (1.4%). The authors did not find any significant associations between the risk of breast cancer and a partner's infertility or when the source of infertility was not known.

In further investigations, the authors observed a greater number of males with breast cancer (383 males) reported not having any children compared to controls (174 males). However, the authors caution that not having children does not fully reflect male infertility as males may choose to not have children for a range of cultural and social reasons.

The associated risk of breast cancer with infertility or no children was not significant based on 160 individuals with in situ breast cancer tumors (cancerous cells that do not spread beyond where they first formed) compared to the 1,597 controls.

Michael Jones, co-author, said: "Our data reveals that there may be an association between male infertility and invasive breast cancer in men."

The authors conducted further sensitivity analyses to control for alcohol consumption, smoking, family history of breast cancer, and liver disease, in case of potential confounding, but found no strong evidence that these factors were affecting the findings. The authors did not control for obesity, but did exclude data in some of the analyses from 11 males with Klinefelter syndrome, nine with prior cancer, 29 males who were severely obese and 169 who had testicular diseases. Three individuals who were born female were not included in any of the analyses.

The authors caution that self-reported fertility has the potential for misclassification, as fertility is a complex process that can include factors from both the male and female members of a couple. Men may not report children outside of a marriage or those they may be unaware of, or they may have remained childless by choice. The authors propose that validating infertility with medical records, although impractical in this investigation, may reduce recall bias in future investigations.

Michael Jones added: "The causes of breast cancer in men are largely unknown, partly because it is rare and partly because previous studies have been small. The evidence presented in our study suggests that the association of infertility and breast cancer should be confirmed with further research and future investigations are needed into the potential underlying factors, such as hormone imbalances."