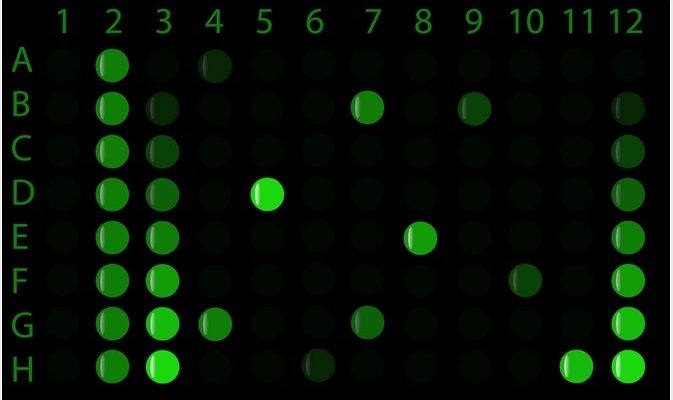 There are several factors that may affect the sensitivity and reliability of an assay. These must be considered when selecting a detection or signal amplification system. 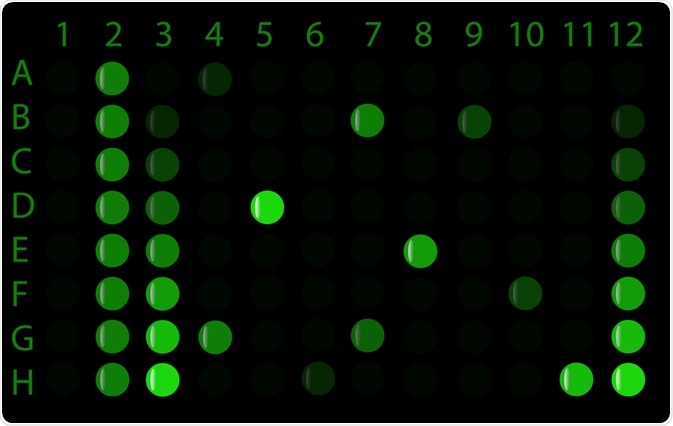 The range of the assay

One of the most critical steps in assay design is the fine-tuning of sensitivity. The concentration of the target analyte must fall within a range of concentrations where assay response is directly proportional to the concentration.

Above or below this range, quantitative data regarding the concentration of a molecule cannot be reliably inferred, and so the sample requires concentration or dilution steps.

A fluorescent readout relies on the interaction between the target analyte in a sample and a molecule integrated into the assay, which produces or prevents the production of light of a particular wavelength and intensity when brought together. The presence and concentration of a molecule can be determined by monitoring these interactions.

However, it is important to ensure that the sample to be assayed does not also contain other molecules capable of interacting with the fluorophore contained within the assay, either through excitation or quenching.

This is most commonly a problem when crude cell lysates, tissue homogenates, or other unprocessed biological specimens are the subject of investigation. It can also be induced by the poor selection of components, such as reducing agents or detergents, as used in some protein assays.

In fluorogenic enzymatic or cellular assays, used for compound screening and profiling purposes, compounds such as this would themselves fluoresce, thus giving a false positive signal, or alternatively display inhibitory activity where none actually exists.

Fluorescent interference such as this can be reduced by using fluorescent reporters that excite and emit at longer wavelengths than the molecules found in a biological milieu.

Enzymatic amplification is frequently used when working with biomolecules that are capable of self-assembling from a template, such as DNA or RNA. This improves the sample size massively, allowing for great increases in reliability and sensitivity, however, it also increases the chance of introducing exponential error into the results obtained.

Confidence that enzymatically-coupled assays do not inadvertently measure a molecule other than the target analyte is essential, but further assurance that coupling actually produces inhibition during screening assays is just as important.

This is because the enzymes may come into contact to produce or quench fluorescence, but not actually permanently couple, thereby producing a false positive. Steps such as (immuno)precipitation or partial purification should be considered if competing species are suspected to be present in a sample.

The number and variety of factors affecting the accuracy and reliability of assays are entirely dependent on the sample and assay in question.

It should be noted that an assay intended for the measurement of one molecule in a particular cell type or tissue is unlikely to perform acceptably on samples from other sources.

Other molecules besides those that directly compete with the target analyte may be a factor of interference, such as hormone binding proteins, which block or remove the analyte from the sample. Other molecules may alter the analyte conformation, change the binding mode, or cause other transformations that prevent the proper functioning of the assay.

Michael graduated from Manchester Metropolitan University with a B.Sc. in Chemistry in 2014, where he majored in organic, inorganic, physical and analytical chemistry. He is currently completing a Ph.D. on the design and production of gold nanoparticles able to act as multimodal anticancer agents, being both drug delivery platforms and radiation dose enhancers.