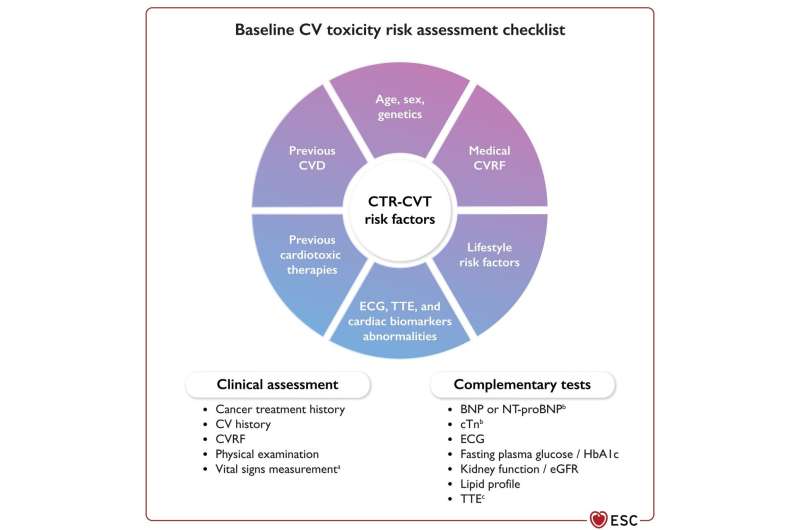 Cardio-oncology is the name given to the comparatively new field of research into the connections between cardiovascular diseases and cancer, the two most common causes of death in industrialized Western countries such as Austria. As the prognosis for cancer patients improves, the phenomenon of cardiotoxicity is becoming increasingly significant. This is damage to patients’ hearts caused or exacerbated by chemotherapy and/or radiotherapy.

“We now know that cardiotoxicity can lead to high blood pressure, valve disease, premature coronary artery calcification, heart failure, coronary syndromes such as myocardial infarction or arrhythmia,” says Jutta Bergler-Klein from the Division of Cardiology within MedUni Vienna’s Department of Medicine II. In 2018, the cardiologist launched a special outpatient clinic for cardio-oncology at MedUni Viennaand committed to drawing the attention of both doctors and patients to this specialty, which is gaining prominence in the medical world due to the growing number of cancer survivors.

Cardiac protection before, during and after cancer therapy

Cardio-oncology research shows that it is not only cancer drugs that can impair cardiac function but also substances produced by tumors. Conversely, chronic heart failure causes a chronic systemic inflammatory state, which can promote cancer development. Therefore, the prevention and management of cardiovascular disease are important at all times, especially after a cancer diagnosis and before, during, and after cancer therapy. Under no circumstances must the measures taken in any way delay or impede vital cancer treatment.

“Cardiac risk factors, such as high blood pressure and high cholesterol levels, should be treated promptly. Exercise and sporting activity, even during chemotherapy, if possible, can reduce potential cardiotoxicity, for example by neutralizing oxygen radicals and preventing muscle wastage,” says Bergler-Klein.