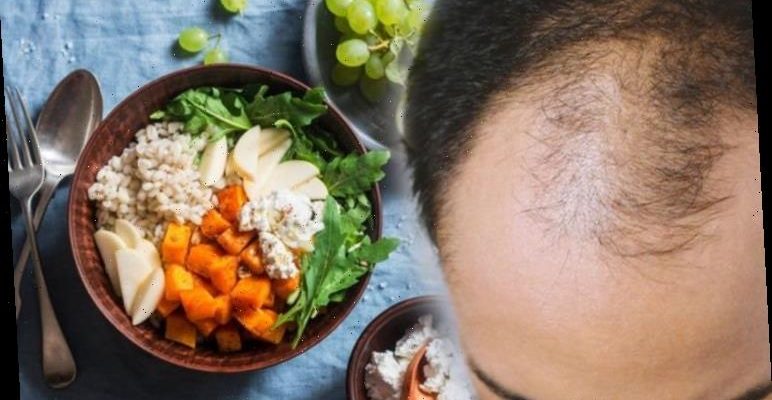 One of the other leading factors for hair loss is genetics. When hair is lost especially due to hereditary causes, the course of hair rejuvenating treatments could be lengthy and complex. Procyanidin is a type of flavonoid antioxidant that is said to have powerful therapeutic effects on hair follicles. These polyphenol compounds which are commonly found in apples, barley and grape seeds have been suggested to produce hair growth and possess stimulating effects by promoting hair epithelial cell growth. How?

In one clinical trial on humans, one percent procyanidin B-2 on human hair growth after use for six months was analysed.

The trial found an increase in number of total hairs in the designated scalp area of procyanidin B-2 group subjects after the six-month trial was significantly greater than that of the placebo control group subjects.

The increase in number of terminal hairs in the designated area of the procyanidin B-2 group subjects after the six-month trial was significantly greater than that of the placebo control group subjects.

It is calculated that the increased number of terminal hairs in the designated area of the procyanidin B-2 group subjects after the six-month trial was significantly greater than that seen in the placebo control group subjects. 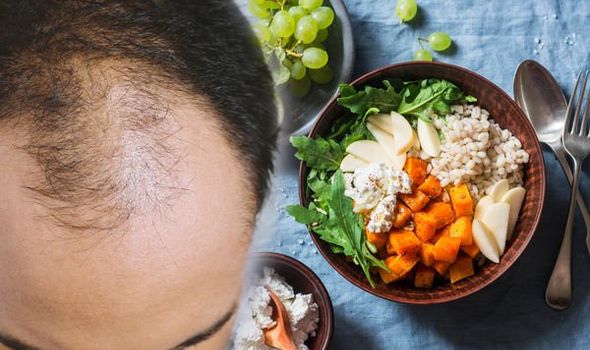 In a study published in Science Direct, procyanidin to promote proliferation of mouse hair to activate hair follicle growth was investigated.

The study noted: “We have previously reported that proanthocyanin’s extracted from grape seeds possess growth-promoting activity toward murine hair epithelial cells in vitro and stimulate anagen induction in hair cycle progression in vivo.

“This report constitutes a comparison of the growth-promoting activity of procyanidin oligomers and the target cells of procyanidins in the skin.

DON’T MISS
Hair loss treatment: The fruit-based oil that could help with significant hair growth [TIPS]
Bowel cancer warning – does your poo look like this? Signs to look out for in the toilet [INSIGHT]
Millions of over-50s may have to ‘stay at home’ amid second wave fears [INSIGHT]

“No other flavonoid compounds examined exhibit higher proliferative activities than the procyanidins.

“We examined which type of proanthocyanidin molecules possess the highest hair-growing activity. We report here that procyanidin oligomers possess selective and intensive growth-promoting activity with respect to hair epithelial cells in vitro and stimulate anagen induction in vivo.

“As the mechanism of action of procyanidins, we expect there to be a direct effect on the follicular epithelium in the skin tissues.” 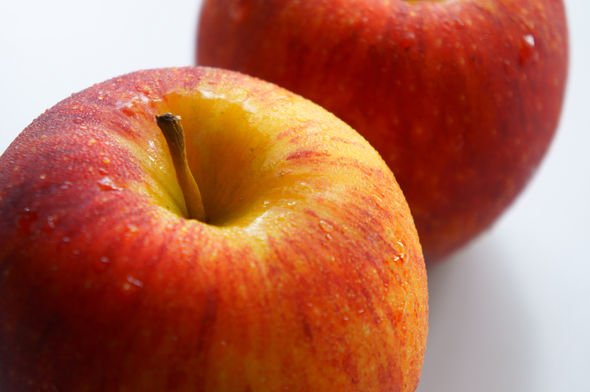 In another study published in the National Library of Medicine, proanthocyanidins from grape seeds to promote mouse hair follicle cells were analysed.

The study noted: “For the purpose of discovering natural products which possess hair growing activity, we examined about 1000 kinds of plant extracts concerning growth-promoting activity with respect to hair follicle cells.

“After an extensive search, we discovered that proanthocyanidins extracted from grape seeds promote the proliferation of hair follicle cells isolated from mice by about 230 percent.”

While polyphenols are antioxidants that fight disease-causing free radicals, the apple polyphenol has several other benefits too.

The component is being incorporated into several hair growth products and is even considered more effective than other popular chemicals.

Found in unripe apples, the element protects the skin and acts as an oxidation contrast agent, which after repeated usage can actually induce thick hair growth with no side effects.

Procyanidin B-2 can also be extracted from other fruits such as grapes. But the one found in the apple is proven to achieve better results.

Procyanidin B-2 stimulates the production of anagen and promotes the growth of hair epithelial cells.