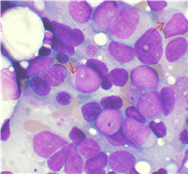 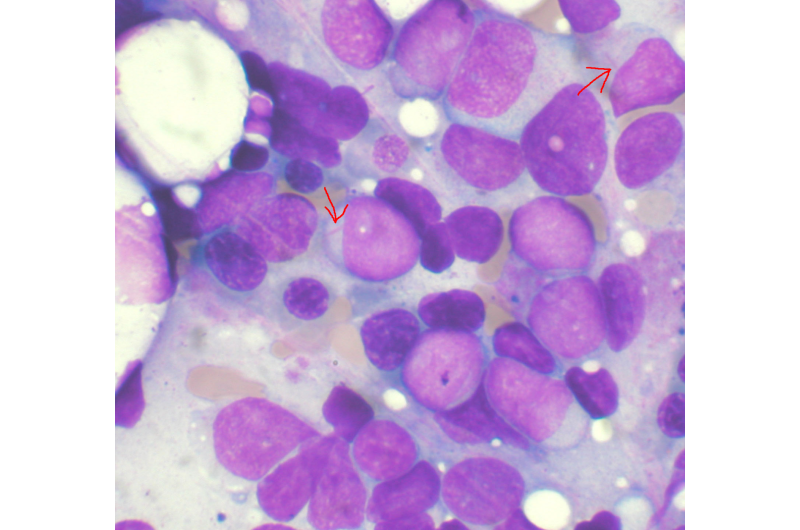 Bone marrow failure due to acute myeloid leukemia (AML) is a significant factor behind the disease’s high rate of morbidity and mortality. Previous studies in mice suggest that AML cells inhibit healthy hematopoietic (blood) stem and progenitor cells (HSPC). A study released in STEM CELLS adds to this extent of knowledge by showing how secreted cell factors, in particular a protein called transforming growth factor beta 1 (TGFβ1), leads to a breakdown in the production of healthy blood cells (a process called hematopoiesis) in humans.

The study’s findings indicate that blocking TGFβ1 could improve hematopoiesis in AML patients.

Although AML makes up only about 1 percent of all cancers, it is the second most common type of leukemia diagnosed, according to the American Cancer Society. AML affects the blood and bone marrow—the spongy tissue inside bones where blood cells are made. The mortality rate is high—for those aged 20 and older, the five-year survival rate is a dismal 26 percent.

The mechanisms by which AML develops are not completely understood, but it is generally believed to begin in the hemopoietic stem cells or progenitors, which develop into myeloid cells and in turn go on to become red blood cells, white blood cells or platelets. This latest study, by researchers at Heinrich-Heine-University Düsseldorf, was designed to investigate what role fluids secreted by leukemic cells might play in inhibiting the growth of healthy hematopoietic stem and HSPC.

“Experiments using conditioned media (CM) from AML cells to address secretory mechanisms have been performed before, but mainly in mice. In order to gain new insights into how this plays out in humans, we focused on the interaction between leukemic cells and healthy HSPC using an in vitro system modeling the in vivo situation of bone marrow infiltration by AML cells,” said the study’s corresponding author, Thomas Schroeder, M.D., Ph.D., Department of Hematology, Oncology and Clinical Immunology. This was accomplished by exposing healthy bone marrow-derived CD34+ HSPC to supernatants derived from AML cell lines and newly diagnosed AML patients. (CD34 is a marker of human HSC, while supernatants are the products secreted by cells.)

“Blocking the TGFβ1 pathway is something that could be pharmacologically accomplished with a TGFβ1 inhibitor such as SD208. Our data indicate this could be a promising approach to improve hematopoiesis in AML patients.”