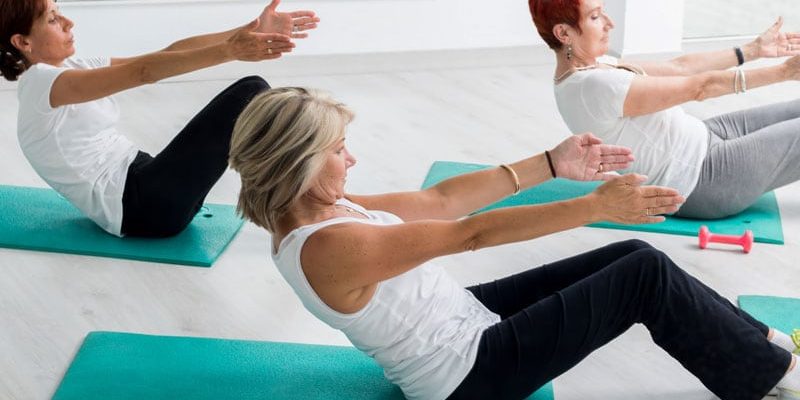 Further support for the recommendation that exercise should be included as part of treatment for women with breast cancer comes from the randomized BREXIT trial.

Results from 104 women with stage 1 to stage 3 breast cancer show that the odds of functional disability were reduced by 68% at 4 months with exercise training alongside anthracycline chemotherapy compared with usual care (odds ratio [OR], 0.32; P = .03).

The odds of the primary endpoint remained lower in the exercise group but were not statistically significant at 12 months (OR, 0.27; P = .07).

In a prespecified per-protocol analysis of women (71%) who adhered to the intervention over the full 12 months, however, “not a single one was functionally disabled relative to one in five usual care participants (P = .005),” said Stephen Foulkes, PhD, Baker Heart and Diabetes Institute, Melbourne, Australia.

The inability to show an overall difference at 12 months was likely due to increased attrition, he suggested. Five patients, four of whom were in the usual care group, were unable to complete the 12-month evaluation because they were functionally disabled at 4 months.

The trial focused on functional disability, defined as peak volume of oxygen uptake (VO2 peak) < 18 mL/kg/min, because it encompasses the metabolic requirements necessary to complete activities of daily living and is a powerful predictor of heart failure and mortality, Foulkes explained. Importantly, about “one in three breast cancer survivors will fall below this threshold after completing their therapy.”

The study, published in Circulation and presented at the recent American Heart Association Scientific Sessions 2022, also aimed to determine whether exercise-based or resting cardiac measures predict functional disability at 12 months. The current standard of care to detect cardiotoxicity is resting left ventricular ejection fraction (LVEF) on echocardiography, but this may not be sensitive enough, given that half of patients with heart failure have preserved LVEF.

The BREXIT trial randomly assigned 104 women to either 12 months of three to four sessions per week of structured aerobic and resistance-based exercise training or usual care lifestyle advice to be physically active during therapy, with assessments at baseline, at 4 months after completing anthracycline-based chemotherapy, and at 12 months.

As previously described, exercise training was supervised for the first 12 weeks with the intensity reduced by about 5% in the week after chemotherapy, followed by semisupervised training for 14 weeks, followed by a 26-week maintenance program at home or within a community health or fitness center.

Chemotherapy for all patients was four cycles of 60-mg/m2 doxorubicin combined with 600-mg/m2 cyclophosphamide. The cohort had an average age of 51 years and average cardiorespiratory fitness of 94% of predicted rate.

The overall net difference was 3.5 mL/kg/min, the equivalent of one metabolic equivalent increase in fitness — an amount previously shown to have clinically meaningful differences in heart failure incidence and cardiovascular and all-cause mortality, Foulkes said.

On cardiac MRI, changes from rest to peak exercise (cardiac reserve) in cardiac output, stroke volume, LVEF, and right ventricular ejection fraction were also greater at 4 and 12 months in the exercise group (P < .001 for all).

There were small changes in both groups in resting LVEF and global longitudinal strain on echocardiography, with little differentiation between groups. “Further to this point, we saw no correlation between changes in these measures and changes in exercise capacity over 12 months,” he said.

Exercise training “results in significant improvement in peak exercise measures of cardiac functioning and cardiac augmentation. And none of these effects were adequately characterized by current standard of care measures,” Foulkes concluded.

Reached for comment, Alan H. Baik, MD, a cardio-oncologist at the University of California San Francisco, who was not involved in the study, said, “This study really does support the idea that in patients who have cancer, if they participate in an exercise training program, it can really prevent functional decline and maintain their cardiovascular health in the long run.”

Nevertheless, being part of an exercise intervention for an entire year is hard for most patients. “It reminds of cardiac rehab, which is to say that it’s a resource that not everyone can get and the program they had in this study was actually more intense than cardiac rehab provides,” he said. “So, I’m not sure how re-creatable this is for most patients.”

Baik also noted that the baseline level of exercise in the trial was high, with 51% of participants meeting the guideline-recommended minimum of at least 150 minutes per week of moderate-to-vigorous exercise prior to their diagnosis. “So the concern is that this study included those who are already more open to exercising than is normally seen.”

With regard to testing, Baik said that the standard resting echocardiogram is often normal in patients with cancer and doesn’t explain why their exercise tolerance is decreased, but that exercise cardiac MRI isn’t available at all institutions.

“I think getting a resting echocardiogram still makes sense to do because we don’t want to miss a change in EF or other changes that that can detect,” he said. “But this really does show that when someone’s main complaint is exercise intolerance that getting an exercise test, including a CPET, could potentially be a very important part of their care.”

The authors acknowledge the potential for selection bias, but suggest that the disproportionate enrollment of highly motivated volunteers and high adherence to exercise would be expected to reduce the observed impact of the exercise intervention and “make the results of this study more remarkable.”