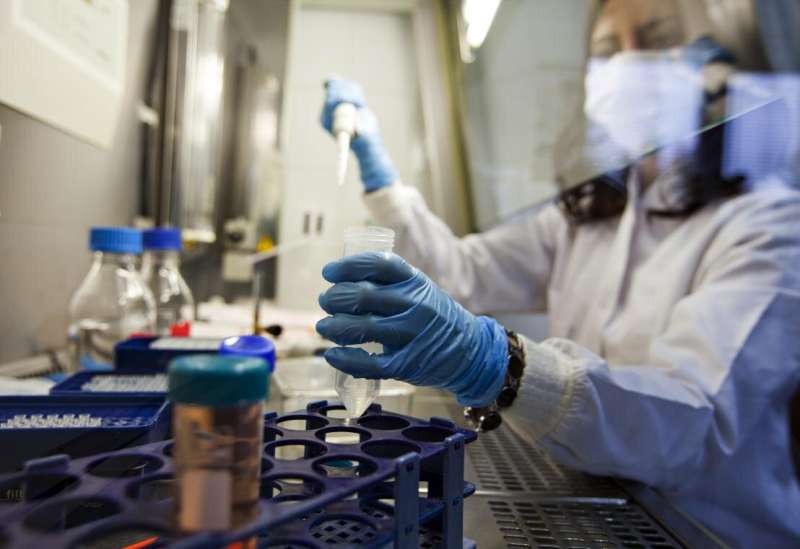 Prevention and the HPV vaccine is helping to reduce the numbers of women dying with cervical cancer but new portable screening kits and new types of lab tests will improve diagnosis and earlier treatment of the disease.

New advances in screening for cervical cancer—the fourth most common cancer among women—have the potential to save many women’s lives, their developers say.

While outcomes for women with cervical cancer have improved overall in recent years, the death toll from the disease is still too high. Despite the fact that cervical cancer is highly treatable if diagnosed early enough, more than 340 000 women died of the disease in 2020.

The majority of deaths occur in low- and middle-income countries where women often have limited access to screening services, according to the World Health Organization.

Even when women do get tested, there can be a delay of several months before they get the result and, if they test positive, another delay before they receive treatment.

“If you have already an advanced stage of the cancer, these months can be the difference between life or death,” says Olivier Degomme, coordinator of a project called ELEVATE, which is developing a portable screening kit to take to deprived areas.

“We really want to reduce this interval of months to an interval of ideally 24 hours,” he says.

ELEVATE’s mobile kit is designed for use in communities with limited access to medical care. Health workers would explain the importance of getting screened, then offer the test and be able to give women the results within a day.

The kit requires little training to use. Women collect a sample themselves, which the health workers run through the battery-powered analysis unit. The unit uses a DNA test to check for the presence of high-risk human papillomavirus (HPV) infections, which can lead to cervical cancer. Results are returned within minutes.

The researchers aim to begin using the toolkit in mountain villages and deprived urban areas in Ecuador and Brazil. They also want to use it with hard-to-reach women in Belgium and Portugal.

Initially, the researchers focused on migrant and other marginalized communities which have difficulty accessing medical care or which may not know about the importance of being screened.

But they also found that highly educated career women were not going for screening because they were too busy. So, as well as taking the testing kit to deprived communities, it could also be useful in busy offices, for example.

“At the global level, the gains will be much higher with focusing on hard-to-reach women in poorer communities. But a nice side-effect (of the project) is that we could also use this in groups of highly educated women,” says Prof. Degomme, who is associate professor at the faculty of medicine and health sciences at Ghent University, Belgium.

Screening programs vary between countries. Some invite all women of eligible age to get tested. Some offer opportunistic screening where a patient is told about and offered screening when she visits a clinic. Some countries do not screen at all.

The WHO has set 2030 targets to reduce cervical cancer rates worldwide. One of these is for 70% of women to be screened with a high-performance test by 35, and again by 45 years of age.

Prof Degomme hopes ELEVATE’s portable kit will help countries meet the WHO target. It still has to be tested in the field, and assessed for its acceptability, feasibility and cost-effectiveness for low-income countries.

“The important thing is to make sure that it will reach women who could not otherwise be reached. And we can actually save lives, hopefully many lives,” he said.

The HPV virus has more than 100 different strains, 14 of which are considered high risk for cervical cancer. Increasingly, countries with screening programs test for high-risk HPV infections.

Researchers have recently designed a test that can distinguish between an infection that will resolve itself and one which will become chronic and possibly lead to cancer.

They use Raman spectroscopy to check for changes in the molecular make-up of cervical cells taken during a smear test.

Raman spectroscopy is a scanning technique for identifying the chemical composition of materials by measuring their vibrational response to laser light. The research involves shining a light on the cells to make their molecules vibrate.

The resulting vibration “fingerprint” gives an indication of whether the cell content has been changed by the virus.

Currently, if someone tests positive for a high-risk HPV infection, their cervical cells are checked through a microscope. These checks are done by a specialist in cells, called a cytologist.

The cell may look fine down the microscope, but Raman spectroscopy may pick up changes on a molecular level which are invisible to the human eye, according to Prof Fiona Lyng, coordinator of a project called ARC-HPV.

The project, which ended in 2018, concluded that Raman spectroscopy could be used to test for infections that could lead to cancer. Its findings have now been patented.

Since 2018, researchers have tested the method on larger samples and found it was at least 91% accurate in differentiating between cells of concern and those which are likely to recover from infection.

The next step will be to test the accuracy of Raman spectroscopy in an entire population being screened.

Another important form of prevention is vaccination. Available vaccines are highly effective, but they do not protect against all forms of high-risk HPV.

“The vaccine will really reduce cervical pre-cancers and cancers, which is brilliant.” But its success raises an issue for screening programs, said Prof Lyng, who is head of the Radiation and Environmental Science Center at the Technological University Dublin.

With fewer cases of pre-cancer and cancer cells presenting in the population, cytologists will not be so used to encountering these abnormalities, meaning their ability to spot them might decline. “That’s why people are interested in developing new methods (like Raman spectroscopy) which are more objective,” said Prof Lyng.

There are “horrific stories of young women dying from this disease. That shouldn’t happen because it’s so treatable—if it’s detected at that early stage of pre-cancer,” said Prof Lyng.

Results so far indicate that Raman spectroscopy is more accurate than cytology.