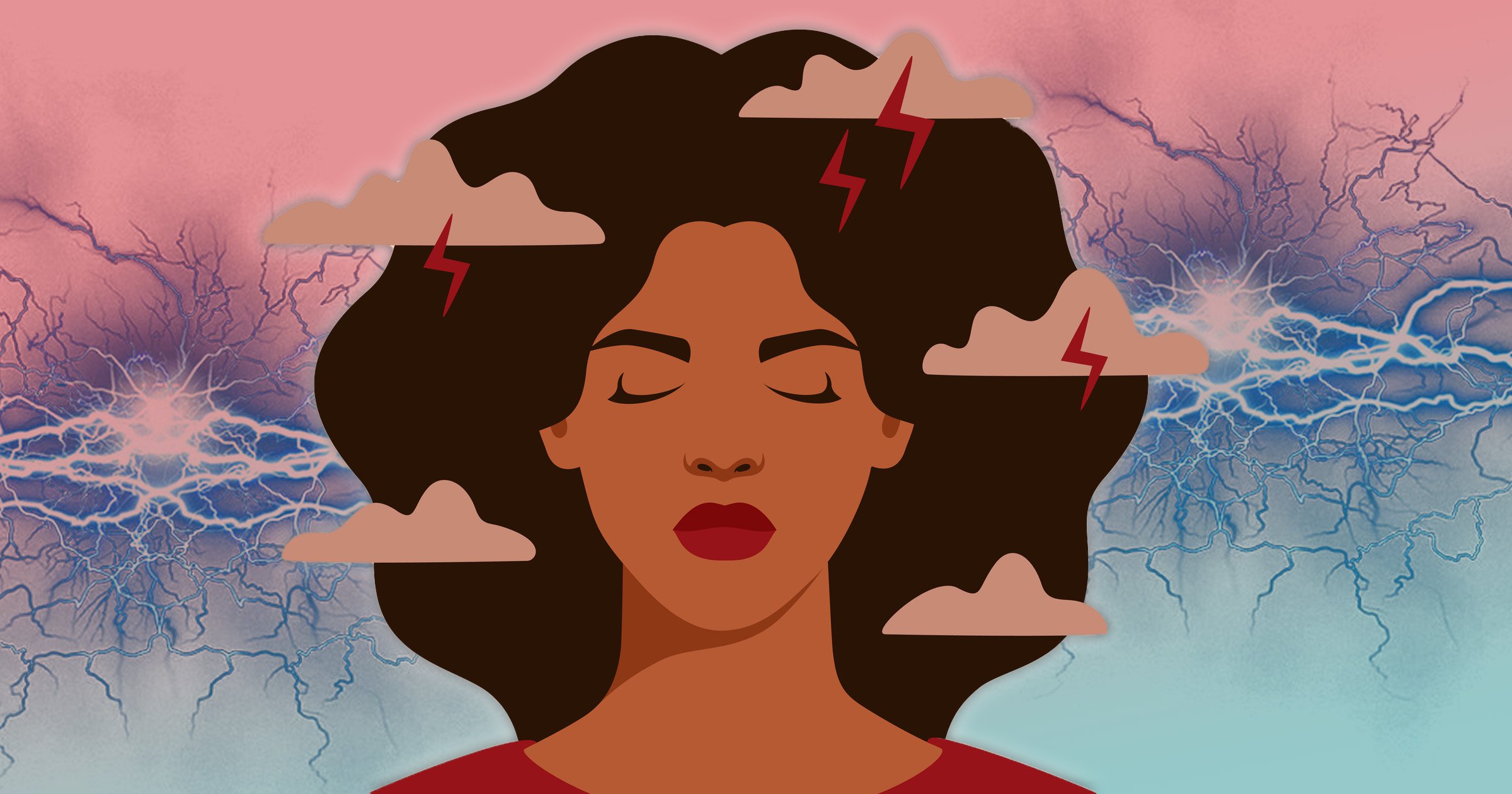 ‘It’s really hard to get your head around the fact that a mental illness can cause such strong physical symptoms,’ Flo, a 30-year-old public relations executive, from London, tells Metro.co.uk.

With eight years of anxiety under her belt, Flo is no stranger to random and severe shooting pains associated with anxiety – particularly in her chest and back.

‘When it first started I was so worried I had to call 999, and it’s incredibly stressful because it feels like a sharp pain around my heart and sometimes my back, which only leads to more anxiety,’ she says.

Yes, shooting pain caused by anxiety is a real thing.

I found out about anxiety shooting pains by accident when I was researching my symptoms after getting shooting pains in my head and ear for two days.

Although last week’s ailments were put down to some kind of sinus infection in the end, I was intrigued – because, like Flo, I often feel shooting pains in my body, seemingly out of nowhere.

Perhaps you’ve already experienced them? Or maybe you will in the future? Experts share everything to know about anxiety shooting pains.

What are anxiety pains?

As Jacqueline Carson, a clinical hypnotherapist, psychotherapist and meditation teacher, explains, anxiety pains can come in a variety of forms – from shortness of breath to shooting pains and even pins and needles.

According to Anxiety Centre, anxiety shooting pains are said to ‘precede, accompany, or follow an escalation of other anxiety sensations and symptoms, or occur by itself.’

They can occur in the same place every time or migrate all over the body. They also range in intensity and change from day-to-day.

‘This is the physical reaction to the body preparing for flight or fight,’ Jacqueline tells Metro.co.uk.

‘Sometimes these pains can feel very strong and if anxiety is not managed can lead to panic attacks, so it is important to deal with the source of the anxiety.’

As Jacqueline notes, anxiety pains are a symptom of our fight or flight system – a way for our body to alert us in the face of perceived danger.

‘Often what happens with anxiety is that we are thinking about things that worry us, but we can also feel anxiety because our subconscious mind has picked up on signals from experiences in the past,’ she explains.

‘Because our mind and body are bidirectional, we feel physical changes in our body when we are anxious.

‘So, if, for example, the nervous system is activated, other non-essential systems will shut down to allow more blood flow and oxygen to reach essential organs and also the muscles to allow us to flee a situation.’

This triggers a change in our body, including the nerves responsible for receiving and reporting information to the brain becoming more sensitive and reactive, muscles becoming tighter, electric impulses to the brain increasing and the nervous system behaving more erratically.

This causes the brain to send nerve impulses to our muscles, causing – among other things – random shooting pains.

How to deal with anxiety pains

It’s important to realise, first and foremost, that these pains are harmless and merely a symptom of your anxiety.

Ultimately, they’re nothing to worry about.

That being said, they can be annoying and stressful, so it’s good to know some practical steps you can take to reduce anxiety beyond accessing therapy, which isn’t always, well, accessible.

‘Learning how to self-hypnotise or practising regular meditation can help to calm the mind,’ says Jacqueline.

‘Doing this consistently will reduce overall anxiety and can eliminate it altogether.’

She also suggests regular exercise, particularly yoga – and not intensity training, which can be anxiety-inducing –  as well as breathing exercises.

‘Other things you can do to reduce anxiety include not making a “to do” list as long as your arm, making sure you do not try to do too much in one day, taking regular breaks and getting out in nature for walks,’ she says.

‘Getting a pet or borrowing one can also be beneficial,’ Jacqeline adds. ‘Stroking animals reduces blood pressure and anxiety.

‘On top of that, learn to say no, prioritise your wellbeing, reduce alcohol intake and consider stopping smoking if you do smoke.

‘Also make sure you are getting a good amount of regular sleep.’