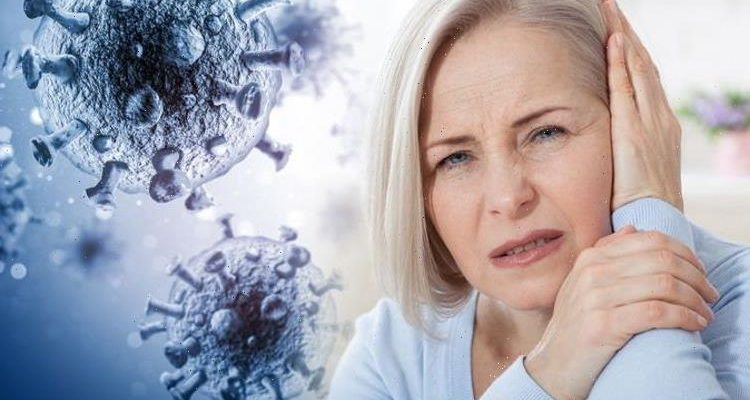 When you subscribe we will use the information you provide to send you these newsletters. Sometimes they’ll include recommendations for other related newsletters or services we offer. Our Privacy Notice explains more about how we use your data, and your rights. You can unsubscribe at any time.

The Delta variant is now accounting for more than 90 percent of new cases in the UK. While the country’s vaccination programme continues to roll out, people should continue to spot if they have symptoms of the virus and to self isolate upon a positive Covid test to stop further spread.

The main symptoms of Covid are still stated as a high temperature, a new continuous cough, and a loss or change to your sense of smell or taste.

But new and different symptoms are beginning to emerge in recent research.

A study led by Professor Colleen Le Prell’s study suggests Covid can cause hearing and balance issues while irritating tinnitus – the term given for hearing noises not caused by sounds coming from the outside world.

Professor Le Prell, of the University of Texas in the USA, said symptoms are most commonly witnessed in patients who already have tinnitus. 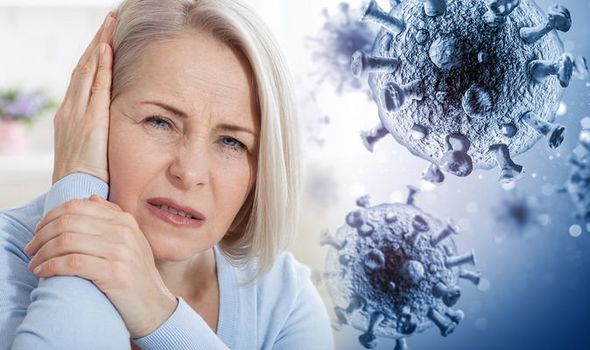 The virus has been shown to cause inflammation which can damage hearing and balance “pathways” in the central nervous system in a similar way to how it impacts smell and taste.

These effects can then be magnified by things such as lockdown-related stress and can impact people who had tinnitus before the pandemic the most.

“In other words, participants who experienced general increases in stress reported their tinnitus to be more bothersome than before the pandemic.”

The findings of the study were presented at the annual meeting of the Acoustical Society of America.

Professor Le Prell also said some early experimental treatments, such as chloroquine and hydroxychloroquine, can also have auditory side effects, particularly in patients with kidney problems.

She continued: “When the kidneys are not functioning properly, the drug may not be metabolised and eliminated from the body as quickly, which can increase physiological drug concentrations and risk of side effects.

“Old age is often accompanied by decreased renal function, and COVID-19 can cause renal dysfunction.” 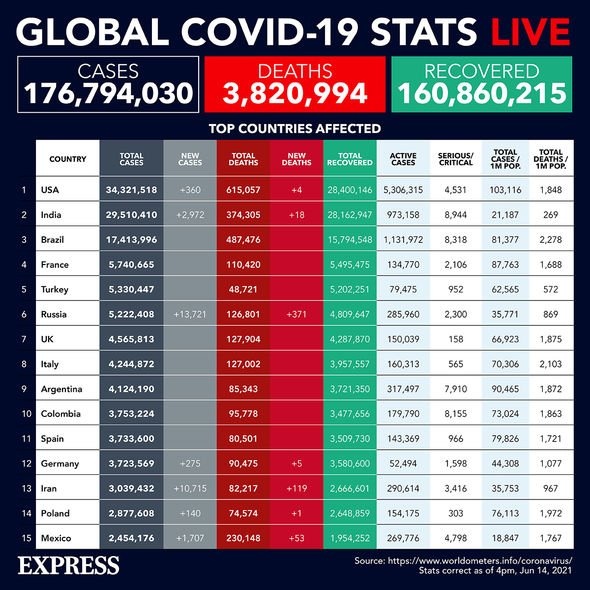 According to data from the ZOE Covid study at King’s College London, Delta variant cases aren’t presenting with the classic triad of Covid symptoms.

Symptoms of the Delta variant have been described by study lead Professor Tim Spector as more like a bad cold.

Fever and cough have been shown to be less common than with previous variants, and loss of smell isn’t even in the top ten.

Professor Spector said most cases appeared to be in young people who had not yet been vaccinated and the variant appeared to be far more transmissible with every person infected passing it on to six others. 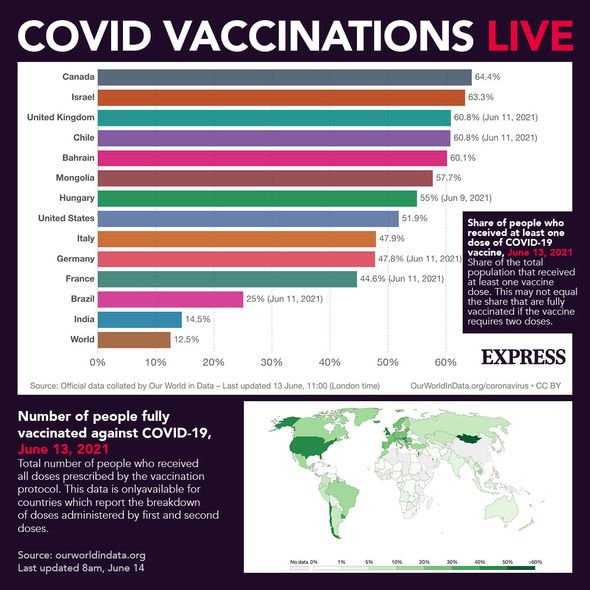 Professor Spector warned cases were rising exponentially and people who have only had one vaccine dose should not be complacent.

He said: “The UK really does now have a problem and we’ll probably be seeing, in a week, 20,000 cases and by 21st June well in excess of that number.

“Covid is also acting differently now. It’s more like a bad cold in this younger population and people don’t realise that and it hasn’t come across in any of the government information.

“This means that people might think they’ve got some sort of seasonal cold and they still go out to parties and might spread it around to six other people and we think this is fuelling a lot of the problem.”

The number one symptom of the Delta variant was found to be headache, followed by runny nose, sore throat and fever.