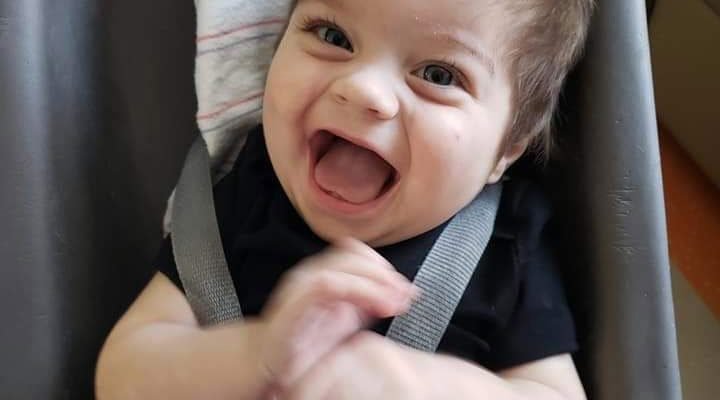 A baby boy who underwent multiple surgeries and treatments in the first months of his life finally went home after being born with a rare condition that left him without a fully formed anus.

Eight-month-old Jackson Kuhn has been in and out of hospitals ever since he and his twin brother, Jamison, were born in July. Just after the brothers arrived via C-section, parents Andrew Kuhn and Katie Faulkner immediately knew something was wrong, they told WECT.

“I saw that they were examining one of the babies,” Andrew explained to the news station of the medical staff’s reaction to Jackson. “They took him away, and a bunch of doctors were surrounding [him].”

The defect is rare, and only affects one of every 5,000 newborns and is slightly more common among boys than girls, the university explained. It has no known cause.

According to WECT, Jackson received care at Johns Hopkins for five months, but after obstacles with their insurance provider, the family had to transfer to the Children’s Hospital of Philadelphia, located nearly 100 miles from their home in Windsor Township, Pennsylvania.

In total, the tiny tot has had seven surgeries since he was born eight months ago.

While insurance has helped with some of the expenses for Jackson’s seven operations, the family said they have racked up thousands of dollars in medical bills.

“We’re trying to catch up,” Andrew said. “You feel depressed and stressed out. Every day you’re thinking what’s going to happen next and what bill is going to come in the mail next.”

While he still uses a colostomy for his waste and a central line and tube for nutrients and formula, Jackson was recently cleared to leave the hospital to join his family at home, the WECT reported.

Andrew and Katie couldn’t be happier to finally have their baby boy home.

“Just seeing his smiling face every day home with us beats any bill,” they said.