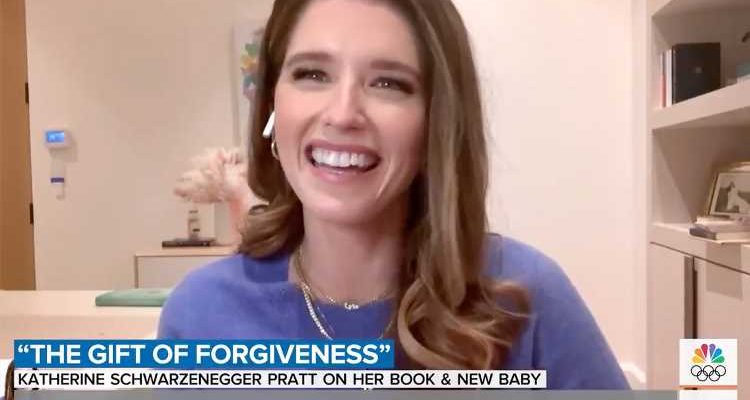 While appearing virtually on the Today show Tuesday, the 31-year-old The Gift of Forgiveness author opened up about why she and Pratt, 41, keep their infant daughter's face out of photographs shared online.

Despite growing up in the public eye as the daughter of Arnold Schwarzenegger and Maria Shriver, Schwarzenegger Pratt said that her parents gave her a "normal" upbringing, which she would similarly like to give her own daughter, Lyla Maria, 7 months.

"I think that one of the greatest gifts that my parents ever gave me and my siblings is the gift of privacy and having a really normal upbringing, or as normal of an upbringing as possible," the new mom said. "We were allowed to be our own people and have our own identity and kind of choose to step into whatever form of being public we wanted to when we felt comfortable. And I think that was such an incredible gift to have given us kids."

"It's something that's really important to my husband and I to give to our kids and to be able to have that privacy, and not necessarily show much of them on social media," Schwarzenegger Pratt added of the pair being on the same page in regards to their children's privacy. (Pratt is also father to son Jack, 8, with his ex-wife, Anna Faris.)

Schwarzenegger Pratt and her husband welcomed their daughter back in August.

At the time, the couple shared the first photo of their newborn baby girl's hand alongside a sweet announcement about her birth shortly after she arrived.

"We are beyond thrilled to announce the birth of our daughter Lyla Maria Schwarzenegger Pratt," the caption on both parents' posts read at the time. "We couldn't be happier and we feel extremely blessed! Love, Katherine and Chris."

The baby's middle name is a nod to Shriver, 65, who then commented on her daughter's post, "So happy for you Lyla Maria is so blessed to have you both as parents you are going to be a amazing mama you already are !!!"

While appearing on Today, Schwarzenegger Pratt talked more about motherhood with Hoda Kotb and Jenna Bush Hager, where she spoke candidly about her young daughter.

"She's the best," Schwarzenegger Pratt told the two co-hosts. "… It's just such a difference what a year can make, but it's the best thing in the entire world. I love every minute of motherhood so far and I just feel really blessed and really lucky, cause she's such a happy and easy baby."

When asked by Hager, 39, if her own mother knew that she would be a namesake for her daughter, Schwarzenegger Pratt revealed that she did.

"Well, we didn't know if it was gonna be a boy or girl so I knew that I always wanted to incorporate my Mom's name if it was a little girl," she said. "Because I'm Katherine Eunice, so I'm named after my grandma."

"So I wanted to definitely continue that tradition on," Schwarzenegger Pratt added. "But I think she was very pleasantly surprised by the name."