PARIS — Mugler has signed on Willow Smith as the face of its new women’s scent, Alien Goddess.

The fragrance is the brand’s first launch since it was acquired by L’Oréal on April 1, 2020.

It’s is the right time to come out with a new scent, according to Sandrine Groslier, global brand president Mugler fashion and fragrances.

“The brand has never been so cool as now,” she claimed, citing as one reason the house’s fashion. “We have a new vision, thanks to [creative director] Casey Cadwallader, of what Mugler is about. It’s totally inspired by the DNA of the Mugler brand and by Mr. Mugler, but at the same time infused with that idea of inclusivity and sustainability that are really cherished by Mugler but also so true to Casey Cadwallader.”

Mugler has momentum, too, due to the traveling retrospective on Thierry Mugler, which is scheduled to run from Sept. 30 to April 22, 2022, at Paris’ Musée des Arts Décoratifs.

There are big ambitions for the Mugler fragrance brand, which is being rejuvenated. Today, it ranks 15th in the world of feminine prestige scents and by 2025, it aims to enter the top 10.

“To do so we clearly have to consolidate first the U.S., where we lost a bit of ground, consolidate Europe and after expand China,” said Groslier, adding the brand will be strengthened in the travel-retail and digital channels, too.

“To do that, we need a product that can embody that new vision of what we call One Mugler,” she continued, referring to the strategy whereby the brand’s fashion and fragrance activities work in synergy.

Alien Goddess, the biggest launch ever for Mugler, according to the executive, targets consumers under age 25, many of whom don’t know the Mugler brand yet.

“We want to seduce Gen Z with a new concept full of benevolence, an allegory of hope, and to do so we chose that name, Goddess,” said Groslier.

She explained Smith, who’s a singer and actress, was chosen to embody the new vision of femininity that is also powerful, strong, inclusive and edgy. 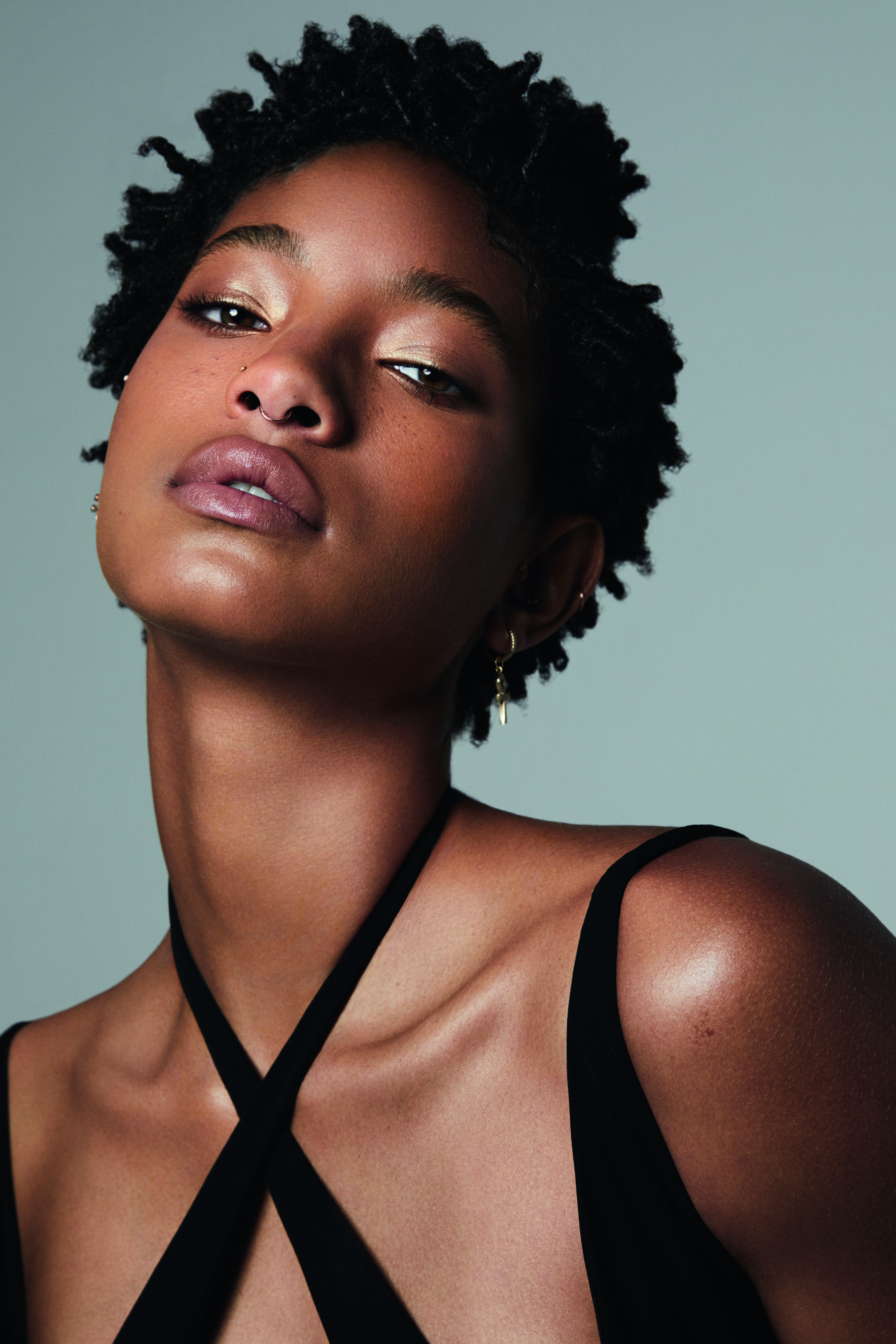 “To me, this fragrance is a manifesto,” said Smith in a statement. “It urges us to be wholly ourselves, to brandish what makes us unique with pride. Beyond that, Alien Goddess gives us the strength to find the best within ourselves, whoever we are, in order to accomplish extraordinary things with a positive impact on the world and those around us. It’s a powerful message of kindness, hope and joy.”

Alien Goddess’ bottle takes the form of the original Alien scent, out in 2005, but swathed in a gold color.

Cadwallader was involved in the selection of Smith and the fragrance’s campaign, directed by Emmanuel Adjei and photographed by Txema Yeste, which is meant to be a parable. Set first in a fantastical grotto, the goddess with a flower becomes a symbol of rebirth and hope in a desert.

The campaign takes a 360 approach, including a strong push on TikTok and a 3D filter created for Snapchat.

“This product was specially developed to target the U.S. market,” said Groslier, adding that included the choice of Smith, Alien Goddess’ message of optimism as well as its sustainable elements, such as the refillable bottle.

Alien Goddess will launch on mugler.com on July 15, then roll out to other e-tailers exclusively in early August, with the main launch elsewhere starting at the end of that month and early September.

China, where Alien Goddess will be introduced in late 2022, is a growing fragrance market. “Today, it is the third worldwide market for feminine fragrances and the fifth for masculine and feminine [scents],” said Groslier. “We estimate at L’Oréal that in 2025, it may be the first or second [market].”

Mugler executives would not discuss projections, but industry sources estimate Alien Goddess will generate $50 million in retail sales during its first year.

Today, Alien is Mugler’s bestselling pillar, but Angel takes a close second. The latter blockbuster today ranks among the top 22 and top nine among women’s prestige fragrance brands globally and in Europe, respectively.