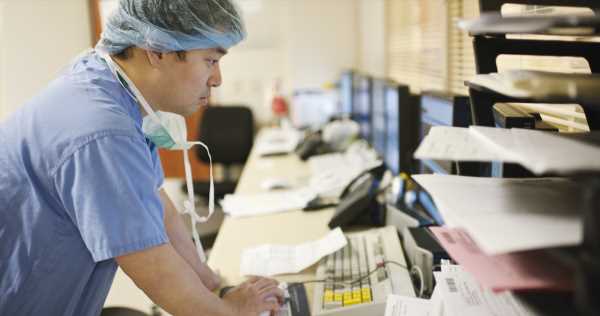 The new company is supported by a $34 million Series A funding round led by Andreessen Horowitz (a16z) with participation from F-Prime Capital, Maverick Ventures, Rock Health, Martin Ventures and Oxeon Investments.

Zus is pitching itself as a way to cut down on redundancies. It is focused on aggregating data and linking up medical records and claims data so that doctors can access a fuller picture of their patients.

The company has created its own EHR infrastructure that uses FHIR to help join up patient records. Patients will have control over their unified data, and they can grant different providers access to the information across the providers.

The service also includes a library of software and services to help communicate with patients, as well as a provider-focused workflow app.

“The software needed by a neurologist, a surgeon and a digital health app are all very different. Yet today we try to jam them all onto one thing. We think healthcare is ripe for a platform company that lets everyone write their own front ends, while sharing appropriate data in the back,” Bush said in a statement.

“Created for this magic moment when capital, policy and urgency are colliding all at once, Zus hopes to be an accelerant to the tectonic industry change we are seeing, from creating the means for healthcare’s young builders to share health information on our platform to providing the tools for those same builders to develop their offerings at considerably greater speed and less cost than on their own.

“As more modern-day healthcare companies arrive on the scene each will now benefit from the presence of the other, and the overall health system benefits from the arrival of this next-generation community.”

The new infusion of cash is expected to help the company build out its engineering team. It is also looking to invest in its technology and products to cater to digital-first healthcare.

“Zus is the very embodiment of our core thesis on the digital health tech stack. By collapsing multiple layers of the stack – patient data retrieval, identity management and workflow automation – into a single platform and creating a community of digital health builders, Zus will enable an entire generation of healthcare developers to spend their time building value at the clinical and experience layer, versus reinventing the infrastructure over and over again,” Julie Yoo, general partner at Andreessen Horowitz and newly joined Zus board member, said in a statement.

It hasn’t been all smooth sailing for Bush. He was in a public battle with hedge fund investor Elliot Management over the running of athenahealth. Eventually Bush stepped down from his role.

This transition came amid allegations that Bush had physically assaulted his ex-wife during their divorce in 2006. He has since made a public apology. After Bush stepped down, Elliot and PE firm Veritas Capital acquired the athenahealth.

The tool is meant to be used alongside the EHR in order to streamline workflows. Caregivers can use the platform to look through patients’ records across different EHRs.